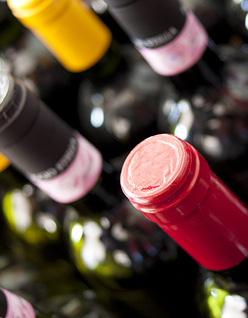 A toast to New Brunswick

When Daniel Allain was named as the new President and CEO of Alcool NB Liquor (ANBL), New Brunswick’s provincial government’s preparations to streamline the province’s Crown liquor corporation was underway.

The restructuring is part of a new government, helmed by Premier David Alward, elected on September 27, 2010. Alward gave Allain “a specific mandate to examine how the corporation is run and find innovative and practical ways to make it a more efficient organization and profitable asset for the people of this province.”

ANBL manages New Brunswick’s liquor retail distribution through its 48 corporate liquor outlets and 72 private agency stores. Patriotic New Brunswickers have helped contribute over $159.4 million in net earnings in 2011—to the province through sales of beverage alcohol, money that goes towards schools, roads and hospitals and another $45.9 million to the Federal government in HST, excise tax and duty levies.

Since it was created from the former New Brunswick Liquor Control Commission in 1976, ANBL has supported the introduction of brew pubs, microbreweries and an “agriculture-based” cottage wine sector, all of which work with ANBL for distribution. In total, its product portfolio includes almost 2,000 products, just over half of which are wines, followed by spirits (29 per cent), beers (15 per cent) and ready-to-drink products such as coolers (four per cent).

As such, ANBL is a vital contributor to the provincial (and, to a lesser degree, federal) government, and must adapt to the tastes and trends of the public to ensure it remains so. In operation effectively since the end of prohibition, ANBL, in one manifestation or another, has evolved with the times, and will do so again, this time to overcome a rocky economy and an increasingly aging population.

“ANBL reinvests in the province and employs over 600—and we provide great retail service,” says Allain. “But can we improve? Yes, we can.”

“Over the past 10 years we have been transforming ourselves from a government run organization to a retail operation. So when the new government was formed, the Premier elect gave us a challenge, to strengthen retail and market strategies, increase profitability and to change the governance and culture. The status quo is really not an option—we need to evolve and better ourselves.”

Like any retailer, the key to success for ANBL is to create a competitive edge, something to welcome customers back to the stores and away from bargain basement prices across the borders in the U.S. and Quebec.

One such strategy was to locate ANBL outlets adjacent to grocery stores, opening new stores side by side for convenient shopping and spontaneous food pairings.

An internal strategy, ANBL introduced balanced scorecard reporting, employee engagement initiatives and a focus on retail service excellence. “Our team is dedicated and professional, has one of the lowest turnover rates in the province.” In turn, ANBL was named one of the Top 25 employers in Atlantic Canada in 2010 and 2011 and one of Canada’s Top 100 Employers in 2011.

Unlike most retailers, however, the ANBL has a monopoly on beverage alcohol sales, and one might think that these products can sell themselves. When ANBL’s annual report, released in September, revealed that  while overall sales were up 1.3 per cent, growth was led by wine (6.1 per cent), followed by beer (3.0 per cent) and spirits (1.0 per cent), while sales of other beverages (coolers and ready to drink) decreased by 3.0 per cent.

“ANBL achieved growth and encountered challenges across various markets in 2011,” said Allain in the report. “The global financial crisis, which caused a rise in food and gas prices, left consumers with less disposable income in the year and contributed to the reduction of 100,000 retail transactions compared to 2010.”

“The national average per cent increase in wine sales is 3.2, and ANBL was up 6 per cent. As a whole, I am happy about great wine sales,” says Allain.

“But when beer sales decline, the impact is greater than when wine as beer sales represent 55 per cent of our sales. The decline was not specific to New Brunswick; liquor jurisdiction across Canada saw the same decline.” Allain also cites higher gas and food prices as reasons why beer sales are lulling.

These numbers show that New Brunswick’s palate is evolving.  “That is the main message. People want variety and that is why we have increased the number of imported beer and specialty wine products because people want a different experience.”

Allain cites an event during which Andrew Oland, president of Moosehead Breweries Limited, described the beer industry as being in the midst of a “demographic tsunami.” New Brunswick’s population is aging and the signs indicate their palates are changing with age, as wine is becoming more popular.
“I won’t say we are at a cross roads just yet, however, there is an opportunity to get to know our customer better,” says Allain. “Once we fine tune the Corporation’s infrastructure, we will be better able to accommodate market changes and ready for continued growth when the economy turns around.”

Daniel Allain is responsible for the strategic corporate direction, leadership and regional collaboration for the New Brunswick Liquor Corporation. Daniel holds a bachelors degree in social sciences with a specialization in political science and a master’s degree in administration from l’Université de Moncton.

Daniel worked in provincial public service from 1999 to 2004, as the executive assistant to Premier Bernard Lord and a project executive with Business New Brunswick working on Investment and Immigration files.  In September 2004, Daniel became the Executive Director of Downtown Moncton/Centre Ville Inc., where he assumed an economic development role to create investment opportunities and while building a vibrant and inviting atmosphere for tourists and citizens.

Daniel was born in Woodstock, NB and raised in South Eastern NB. He is married to Sylvie Michaud and resides in Dieppe, NB.  The couple has two children, Catherine and Myriam.