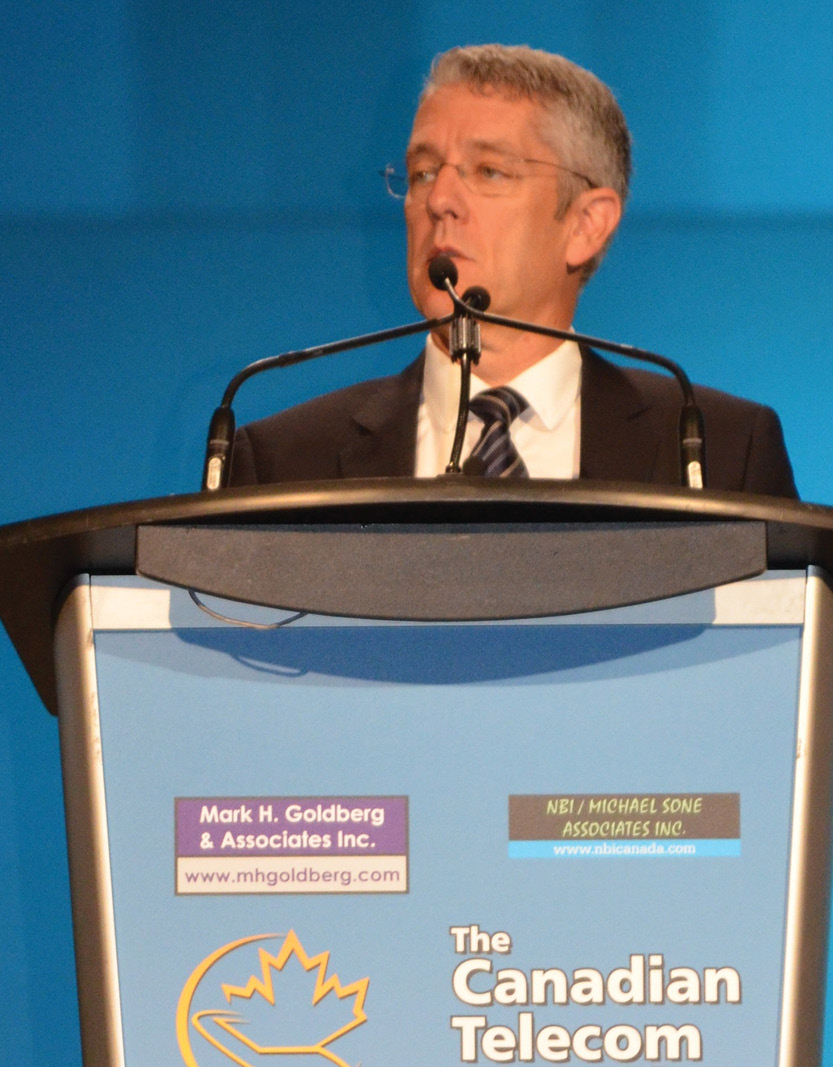 Despite holding the prestigious position as CRTC Chairman for just one year, it’s refreshing to see Jean-Pierre Blais is taking the federal regulator down a new uncharted path, which is considered long overdue by many Canadians. For quite some time there have been rumblings of discord within the telecom industry and the Ottawa commission that doles out decisions on behalf of the government and the people of Canada.

The arrival of Blais in June of last year was viewed as a breath of fresh air by many observers who felt the CRTC was in dire need of a major overhaul.  Less than 14 months into his mandate, it appears Blais is just the man to execute that much-needed change and get things back on course with the broadcast and telecom regulator.

Blais is widely credited with playing a pivotal role in the rapid adoption of the Unesco International Anti-Doping Convention and in garnering worldwide support for the world anti-doping agencies and anti-doping code. He also represented the government of Canada on the 2010 Vancouver Olympic Games Corporation bid.

During his time as executive director of broadcasting with the CRTC from 1999 to 2002, Blais oversaw the development of the licensing framework for new digital pay specialty services and led reviews of major ownership transactions.

Created in 1976, the Canadian Radio-television and Telecommunications Commission serves as the main national regulatory agency for broadcasting and telecommunications. It was borne out of a prior body known as Radio and Television Commission, which was established in 1968 by the federal government to replace the outdated Board of Broadcast Governors.

The federal regulator, which makes decisions on everything from licencing approvals for TV and radio stations to regulation matters regarding telephone service, broadcast distributors and even portions of the Internet, and specifically with respect to content communicated online such as audio and video, but excluding content that is primarily alphanumeric – emails and most webpages being prime examples.

Throughout the past two decades the federal broadcast and telecom regulator has been the focus of much criticism for some very controversial decisions primarily dealing with licencing of radio and television stations and/or networks.  There had been a growing concern from lobby groups that the CRTC was not always making the proper decisions which had in turn led to some very public disputes with the federal government. Blais is taking the commission in a new direction.

“If you’ve read or heard about the changes taking place at the CRTC you will know we are working to ensure Canadians have access to a world-class communications system,” Blais says.

Now that much of the world has migrated to the new digital world, it presents entirely new possibilities and challenges.

“Our sense of this digital world is all wrapped up in technology and the overworked buzz word of recent years “convergence” with most of us understanding this to be the merging of telephone, video and data communication within a single network,” Blais describes.  “I want to propose another definition of convergence; one that people in the telecom sector have a great stake and I’m talking about the new convergence; a convergence of public and private interests.”

Blais envisions this as being client-centric and Canadian-centric.  Dynamic companies recognize that convergence is not just about marrying marketing and topology. Its main value is that it enables businesses to gain consent into interests and preferences of their clients.

“Intelligence can help build relationships with customers,” he continues. “That in turn will improve services and increase profits.”

Information can be integrated into an enterprise’s core business to better participate and respond to client needs according to Blais.

“My definition of a world-class communications system encompasses this understanding – Canadians must be at the heart of their communication system,” he notes.

It’s also the belief of the new boss that creativity applies equally to the service providers who distribute content, namely Canada’s broadcast and telecom industries. More than ever the sector needs to be creative to remain competitive.

“Sticking to the tried and true no longer works in a world where change has become our constant,” Blais reflects. “Innovation is essential to survival in a fast-changing digital world. My vision for our communications system also includes industries that realize they have social responsibilities towards all Canadians.”

Private and public interests are not exclusive to one anther in this day and age and they often converge through necessity. Blais says a big part of success is making customers feel they are important and hold value. Why? – because it builds loyalty. And sometimes it’s not always about the bottom line on the financial statements.

Blais also made distinct reference to the importance of the wireless industry as we move forward through this fast-advancing digital age.

“Wireless devices are at the very core of our lives,” he tells us. “They enable us to work, engage in social media, play games, watch movies, get directions, buy products, and much more, including financial transactions.”

Our digital products and services have in essence become an extension of our jobs in many ways and have become important tools in helping us to achieve our economic and social goals. It’s why fostering a dynamic marketplace is fundamental.

There have been lots of growing pains in the wireless industry, with Blais relaying the statistic that there were 8,000 consumer complaints about wireless service in one year, which accounts for more than 60 per cent of all complaints made to the CRTC.

“We listen to Canadian consumers through their interventions and responses through online consultations,” Blais reveals. “We also hear from Canadians during public hearings. Thousands of people told us about their frustration about the length of wireless contracts, cancellation fees and roaming charges among other industry practices.”

As part of his desire to present a balanced and fair system, Blais says the CRTC has also listened to the players within the wireless industry and acknowledges there are potentially very expensive costs that will be incurred for companies making improvements to the current standards within the industry as a whole.

Some companies have made a genuine effort to make the required changes. Nonetheless, monitoring is expected to be much closer from now on to ensure compliance.

“Going forward, service providers will have to clarify the terms of their contracts with their customers,” Blais confirms. “Better informed consumers will be empowered to make informed choices about services and options that best meet their needs.”

Service contracts that are easy to read and understand have been a major complaint from a number of Canadian consumers.  Blais promises that loophole of uncertainty will be closed.   On top of that the amortization period for subsidized devices will be limited to two years as announced by Industry Minister Christian Paradis. After that consumers will be free to change providers without the fear of costly cancellation penalties regardless of the life of the extended contract.

“Providers will not be able to unilaterally change key contract terms such as the price for monthly services or the length of the contract,” Blais reiterates. “The customer must be given the opportunity to accept or decline those key changes.”

In addition, wireless companies must notify customers 90 days in advance of the expiration of their contract. Once a contract reaches its conclusion it can only be extended on a month to month basis, rather than any type of auto-renewal service kicking in. And there are monthly caps as well, as Blais tells us.

“It will be $50 for domestic data and $100 for international roaming data,” he points out. “This should mitigate much of the bill shock when consumers unknowingly exceed data limits spelled out in their contract. Finally, at the consumers’ request, service providers must unlock cell phones after three months.

This will free consumers to switch providers if they so choose.

Blais continued to pull no punches about how frustrated Canadians have been with this industry.

“Many Canadians feel trapped in arrangements they can’t refuse. Going forward, Canadians will receive offers they can refuse. Wireless service companies will have to get Canadians to freely choose them.”

This all boils down to providing Canadians with the tools to empower them to be given choices and ultimately it will create a more dynamic marketplace. Give customers a reason to stay and they will.

The new wireless code will take effect on Dec. 2. That will give service providers enough time to prepare as existing contracts gradually expire over the next few years.

The CRTC has also set a nationwide target for broadband Internet access. By 2015 the commission expects all Canadians to have access to broadband speeds of at least 5Mb/s for downloading and 1MB/s for uploads.