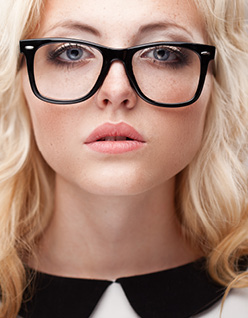 New Look Eyewear Inc. is one of the fastest growing companies within Canada’s optical retail industry and the only publically-traded one. Thanks to strong leadership and a solid growth plan, this Montreal based company has risen as a leader in the eyewear and eye care market.

New Look, founded in 1982 in Quebec City, grew to become the leading eyewear retailer in the province of Quebec before entering the Ontario market in 1994. Benvest Capital Inc., a public investment company, acquired New Look in 2001, which at the time operated 38 stores. A central distribution center and lens manufacturing facility were added in 2002, making New Look the first vertically integrated optical retailer in Canada.

A period of expansion ensued, in Quebec and the Ottawa region, to bring the store count to 70 by 2012. Over that period special focus was given to investment in new stores, stores upkeep, optometric facilities and equipment and lens manufacturing. Martial Gagne was appointed President of New Look in 2008 and Antoine Amiel joined as Vice-Chairman in 2012, directly in charge of business strategy and development.

In December 2013, New Look acquired Vogue Optical, the leading optical retailer in the Canadian Maritime Provinces. The company is operated as separate banner and retain its own executive team led by John MacLeod, president, who over his 34 year tenure was instrumental in establishing Vogue’s prominence.

As of April 2014, New Look Eyewear operates 140 corporate stores, 75 under the New Look banner (Quebec and Ontario) and 65 under the Vogue Optical banner (Maritimes, Saskatchewan and British Columbia). Conjoined, the sister companies employ over 1.100 people, of which 350 are licensed opticians, and partner with 170 optometrists.

Amiel and Gagne’s contributions to New Look Eyewear and subsequent acquisition of Vogue Optical has resulted in a surge of shareholder return in New Look stock (TSX: BCI).

“New Look is on a path of expansion”, explains Amiel, “We’ve done a number individual store acquisitions, and the larger acquisition of the Vogue chain. This has been well received by the market.”

The acquisition of Vogue in December 2013 was partly funded through $25 million worth of equity offered to new investors. The rise in stock return reflects the stock’s higher profile and New Look’s focus on expansion. Two analysts, Beacon Securities Limited and GMP Securities, initiated coverage earlier this year.

A demographic transition that creates a larger market for the optical industry. The majority of people over the age of 45 experience presbyopia, a condition where the eye exhibits a progressively diminished ability to focus on near objects, a natural part of the aging process of the eye, which can’t be prevented. As a result 96% of the population over the age of 55 wears glasses. New Look aims to meet this growing need through providing the best quality and most advanced optometric services and eyewear available.

All of New Look and Vogue’s retail outlets have independent optometrists practising either within or adjacent to the store. Their primary role is to provide eye care services which consist of sight testing, screening for eye conditions as well as potentially diagnosing health issues unrelated to vision such as diabetes or hypertension. Those eye care professionals’ expertise, availability and diagnostic equipment are an integral part of the company’s renowned patient experience.

Licensed opticians employed throughout the store network ensure that customers receive pertinent guidance as to the type of lens best suited to their needs and that proper facial measurements are taken for those lenses to be tailored to frames and wearer.

About 56 percent of the nation’s stores are still owned and operated by independent retailers. New Look and Vogue are leveraging their competitive advantage to position the company as the natural consolidator and an attractive proposal for eye care professionals to join. Both retail brands enjoy strong consumer recognition, the group’s vertical integration yields superior profitability supporting investments in stores and state of the art optometric diagnostic facilities. Their buying power and vertical integration are reflected in competitive supply terms and give them access to the most sought after frame brands.

New Look is currently moving forward through two avenues of growth – organic and opportunistic. Their organic growth strategy involves the continued addition of new stores and acquisition of independent optical retailers under the New Look and Vogue Banners.

New Look’s opportunistic growth involves the occasional appearance of a large business venture – such as the opportunity to acquire Vogue Optical. As this cannot be regularly monitored or predicted, New Look does not rely solely on this method. However, the company does remain optimistic and open to future business ventures.

“We are, first and foremost, optical professionals,” says Amiel, “All, at New Look and Vogue, are dedicated to providing customers with the best eye care expertise and eyewear products possible.” 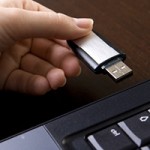 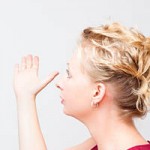