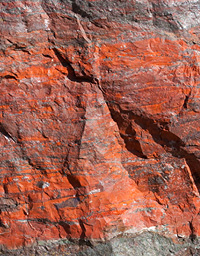 In the 1960s, Robert Martin first discovered the large iron ore deposit alongside Howells River in Labrador, Canada, known as the LabMag deposit, that is now the focus of New Millennium Capital Corp. In 2003, Robert Martin assembled an experienced team whose aim was to develop the deposit into a world-class iron ore project—a feat that is being achieved with involvement from some key partners. In 2006, another large deposit, known as KéMag, was discovered following exploration in Quebec. The company staked a 200 km long iron formation band named the Millennium Iron Range.

The Millennium Iron Range holds the world’s largest undeveloped iron ore deposits in Newfoundland and Labrador and in Quebec, and the entire range is controlled by New Millennium. The company is moving exploration and production forward on the range, while also advancing its near term DSO Project to production.

The company has an ideal partner on board in Tata Steel, one of the top 10 steel producers of the world, which owns 27.1 per cent of New Millennium and is the company’s largest shareholder and strategic partner. According to the company, Tata Steel will finance the DSO Project and has “a commitment to take the resulting production at world price FOB Sept-Îles. Tata Steel also has recently negotiated an exclusive right to develop the LabMag and KéMag Projects on the Millennium Iron Range.” Robert Martin spoke recently to CBJ about the range, Tata Steel’s partnership, and the future of New Millennium.

New Millennium is aiming to add shareholder value through “responsible and expeditious development of the Millennium Iron Range and other mineral projects to create a new large source of raw materials to the world’s iron and steel industries.” Robert Martin says that Tata Steel’s involvement has helped the company move forward in leaps and bounds. “The DSO project, as a joint venture, has gone well. Tata Steel owns an 80 per cent of the project because they are contributing the first $300 million toward construction of the project, and the total construction cost is estimated to be $350 million. So our contribution would only be $10 million and we will retain 20 per cent of the cash distribution,” he explains. “One of the reasons we selected Tata Steel as our strategic partner is that whenever they go into an area, they have always improved that area, and it is the only multinational corporation I have ever heard say that while profits are important, just as important is the social responsibility toward the people impacted by our operations,” Robert Martin assures. “That is their philosophy, and that is our philosophy—so our relationship has been excellent.”

“Currently, we have environmental approvals from the Province of Newfoundland and Labrador, and that’s where we’ll start mining next year. We are completing our construction permits now, expecting to start construction in early summer,” he adds. The company, last year, completed an airborne gravity and magnetic survey over the DSO ore bodies, identifying 50 potential drilling targets, and discovering additional DSO ore bodies. “Some of these targets will be drilled this summer, by the Tata Steel – New Millennium joint venture. If there are additional discoveries, the joint venture would be in a position to increase production from 4.2 million tonnes per year to a higher level. The project is designed to expand up to about 5 million tonnes without adding equipment.”

Only about 10 per cent of the Millennium Iron Range has been drill tested, representing the two deposits, and each are 10 km long. “The LabMag deposit is the largest undeveloped magnetic taconite in the world. The resource contains enough crude ore to last in excess of 120 years within those two deposits, at a final production rate of 22 million tonnes a year of production,” Robert Martin comments. “What needs to be done is the construction of a transmission line, between 250 and 300 km long, a $22 million tonnes per year concentrator at the mine site, and a 600 to 700 km slurry pipe line from the mine site to a 15 million tonnes per year pellet plant at tide water.” The remaining 7 million tonnes of concentrate would be sold as concentrate.

A feasibility study was started in March, and if this study is positive, the company will form a joint venture (64 per cent Tata Steel and 36 per cent New Millennium).  “Tata Steel has agreed to finance up to $4.85 billion to develop the project. We would own 20 per cent of final project but wouldn’t put any money into the project unless the capital cost exceeded $4.85 billion. We also have the option to increase our percentage ownership from 20 to 36 per cent by purchasing a 16 per cent equity position,” Robert Martin continues.

In any event, the project is so massive that it is expected to generate in the order of $200 to 250 million per year for the company’s account. “We expect to put it into production around 2016, as it will involve a three year construction schedule. We will have a lot of cash coming into the company and plan to use this to continue to develop the Millennium Iron Range,” he adds.

New Millennium is hoping to identify a third deposit and eventually develop it also. “We have this 200 km iron range and if we keep finding deposits this is where we will keep our focus,” Robert Martin says.

The company’s goal has always been to become one of the largest iron ore mining companies in Canada, “if not the world,” comments Robert Martin.

Fortunately, New Millennium has the ore base to do that, despite the high level of risk involved with exploring the deposit and then financing and processing it.

“But we’re not getting ahead of ourselves. As a junior, we’re systematic, we’ve been at this now since 2003, so in eight years we have come a long way. We’re all iron ore professionals and we have an extremely strong partner in Tata Steel,” Robert Martin concludes.

As projects are developed, New Millennium will form more joint ventures. They continue to work with First Nations groups that are in close proximity to their developments, and are offering social benefits to these groups by contributing to their communities. Overall, the company has great prospects, and the momentum to develop with strategic partners, excellent community relationships, and a natural iron resource unlike anything in the world.