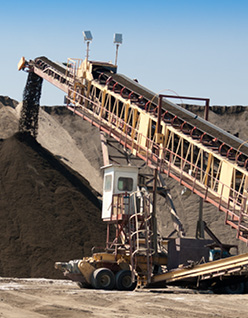 The Tagish Lake Gold Project, of Yukon, is home to three separate deposits, each active with drill results in 2011. New Pacific Metals has drilled at the Mount Skukum deposit, a historical mine which produced nearly 78,000 gold ounces in the 1980s, but has no current 43-101 compliant resource. New Pacific Metals is working toward re-establishing this resource, following up with additional drilling this summer.

Most recently, New Pacific Metals obtained a five-year permit to conduct exploration and development work on the property. The exploration permit will allow for the company’s plan of 60,000 metres of surface and underground drilling, 9,600 cubic metres of sampling and trenching, 200,000 tonnes of rock excavation, and the construction of 10 kilometres of new single lane surface roads and an additional nine kilometres of drill trails, as well as a 50-person camp operating at the site year round.

Jason Nickel, Vice-President of Engineering with New Pacific Metals, detailed plans to The Canadian Business Journal. “After promising 2011 drill results, the plan for the project for 2012 is to further grow the resources, on several zones across the property, with the three main deposits. Those deposits are largely open at depth so we’re going to look to focus drilling in 2012 on these opportunities.”

New Pacific Metals will first establish a greater understanding of its resource base at Tagish Lake Gold, and then proceed with an ideal development plan for the project going forward in 2013, when it will begin assessing an amenable production schedule for the property. In the next year, the company will also begin looking at pre-production and bulk-sample mining scenarios.

“The story around this project is that the resource has so much upside,” Nickel beamed. “Having to wait a few months to get the permit in place to get the rest of the work going, we’re going to refocus on resource building, realizing that potential upside, versus putting the project into a fast-track, more capital-intense scenario.

“In terms of feasibility work, we need to focus in on which project scenario will be the most economic,” Nickel summarized. “We believe that the Tagish deposit can potentially host 1 million-plus ounces equivalent in gold, so that’s a goal for that project in terms of exploration. With differences in grade, geometry and potential mining methods on each of the deposits, we have to identify an optimal plan and get it right, in order to move towards full production.”

New Pacific Metals is working to source and acquire additional projects that fit its business model and look promising to realize near-term value, namely the potential for developing and bringing those projects into production rapidly.

The company is making good progress and has recently sign a Memorandum of Understanding for a 75 per cent interest in a Chinese Silver poly-metallic project. The agreement is non-binding; New Pacific Metals will complete due-diligence and drilling before entering definitive binding agreement later in 2012.

“Access to the TSX market will garner a greater shareholder base and mobility to capitalize and grow the company,” New Pacific Metals commented.

Moving forward, New Pacific Metals will continue to work to replicate the model of success of the Ying Mine at the Tagish Lake Gold and other projects. The company focuses on high-value commodities and will continue pursuing raw geological value through acquiring and sourcing projects with what New Pacific Metals’ team views as tremendous upside.

“What speaks to the value of New Pacific Metals is the geological skill within our management team to evaluate properties, to have a knack for sourcing undervalued properties and see real value in the ground,” Nickel says to potential investors. “The management team has a track record of success with Silvercorp Metals Inc. (a major shareholder in New Pacific Metals and the largest Chinese-based primary silver producer) in being able to move the Ying project quickly, and to grow the production and create a real momentum; it’s still a resource growth story today.”

“The grades that are available in certain precious metals deposits allow for near-term cash flow without necessarily a large capital outlay, so our focus is on precious metals,” Nickel concluded. “Across the commodities base and with what’s happening in the economic picture of the world, precious metals are a good place to be and I think these prices will remain strong, particularly gold and silver.”