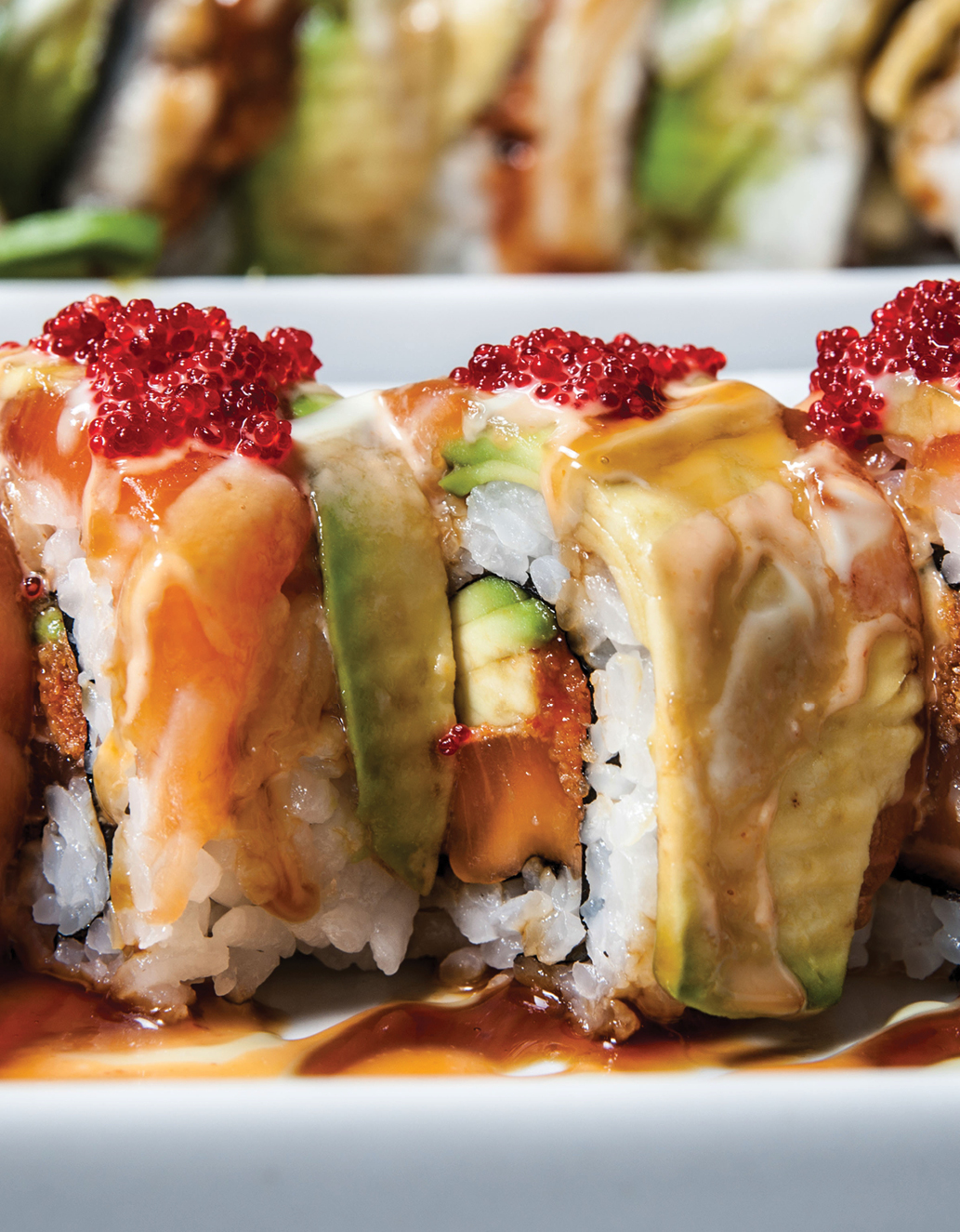 Fresh sushi from the other “far-east”

It is no stretch to associate fresh, delicious fish with Corner Brook, N.L.  What comes less quickly to mind, when thinking of the eastern-most province, is sushi.

Kevin Vincent is changing that. Vincent is the owner and chief sushi-maker at Newfound Sushi, the first and only sushi restaurant in western Newfoundland.

Vincent first discovered his passion for sushi while working on Vancouver Island, where he and his friends found themselves at his local sushi restaurant three times a week, sitting at the bar and watching the chefs’ mastery of the trade, which he would later practise at home and at sushi-making functions.

Vincent returned to his home province in 2001 for work in the outdoor and tourism industry, and fed his appetite for sushi by making it at home, then for family, then friends, then at parties, until he realized he wasn’t alone in his love for sushi.  It was at a Christmas party in 2009 that Vincent’s love of sushi turned into an entrepreneurial pursuit.
“Someone had given me some smoked trout as a gift, and so I decided to return the favour and make smoked trout sushi for the party,” recalls Vincent. One of the fellow guests tried it, and immediately contracted Vincent to making sushi for his local Colemans grocery store.

“We realized after the first day when there was a lineup of people waiting an hour and a half for sushi in the grocery store that there was a demand,” he says. Vincent worked full time for Colemans for three more years, “honing my skills, building a market and writing a business plan over two years” until opening Newfound Sushi in March 14, 2012.

Newfound Sushi’s Twitter page keeps customers a daily update on what is fresh that day. For instance, on the day of writing, anyone fortunate enough to be gracing the restaurant would be treated to the Smokey Dragon roll , featuring two tempura shrimp, Avocado, cucumber, crab stick rolled up and topped Wild smoked Arctic Char from Labrador; the day before it was fresh local halibut.

Within its first year, Newfound Sushi was recognized by vacay.com as one of the top 100 restaurants in the country, coming in at number 80 on the list. “Opened in March 2012, this restaurant in western Newfoundland is focused on providing sushi sourced only from the province’s seafood operations, including snow crab, cod, salmon and Arctic char,” says the site. “It also offers teriyaki options, grilled items, and bento box meals.”

Newfound Sushi was also recognized as one of the Top 10 restaurants in Newfoundland and Labrador by The Telegram, the provincial newspaper.
“It’s nice to be able to provide fresh local seafood to people where you don’t have to ship it all,” says Vincent. “Whenever we can, the seafood comes from local fisherman.  Our customers like that, and it is nice to provide it. My family is a fishing family going back to 1760, and my uncle still fishers crab lobster halibut. It’s nice to be somewhat in line with that fishing industry.”

The restaurant’s atmosphere is welcoming, with seating for 21 and a patio for 18. “Many of our sushi rolls are named after local landmarks such as the Humber River Roll, Bay of Islands Roll, Blow Me Down Roll, Snow West Roll, West Coast Roll, Atlantic Roll and the Dory Load of Sushi,” says Vincent.

As the only sushi restaurant outside of the capital city of St. John’s, Newfound Sushi has filled a niche for diversity in the local food and beverage industry, pleasing sushi fans new and old alike. Newfound Sushi also offers the perfect gift for sushi lovers with reloadable gift cards. Located close to Corner Brook’s Marble Mountain Ski Resort, and at the heart of the region’s population of 60,000, Newfound Sushi is opening up the east coast to the delights of sushi.

Next on the menu for Newfound Sushi are plans for a higher end Japanese dining experience in the same building as Newfound Sushi. Vincent would also like to open up several other locations across Newfoundland and Labrador and create a franchise focusing on Newfoundland Seafood, putting the Newfound Sushi spin on the centuries old cuisine.