Newfoundland and Labrador Association of Public and Private Employees (NAPE)

The Newfoundland and Labrador Association of Public and Private Employees (NAPE) was created more than 70 years ago as a public-sector union, formed by a group of individuals that saw a need to have public-sector employees and their best interests represented in the workplace. Over the years NAPE has grown exponentially and is now the largest province-wide union with more than 25,000 members spanning the public, private and municipal sectors.

The Canadian Business Journal recently spoke with NAPE President Jerry Earle about his organization’s primary initiatives and projected milestones for the future and how it has grown to become an all-encompassing association that protects workers’ rights throughout the province.

“It’s a much more diversified union compared with what it was originally. It takes in many sectors encompassing what we’d refer to as more than 100 bargaining units, or collective agreements,” begins Earle.

Now in his second term as president, Earle was first elected to office on June 1, 2015. The position is exceptionally unique in that the organization represents both public and private workers, which certainly can bring about distinctly different business scenarios. However, Earle comes equipped with an exceptional level of experience to be able to tackle the types of difficult labour-related situations head on.

“There are challenges in doing both but it creates many unique opportunities in which we get to deal with the provincial government, municipal governments and the private sector recognizing that they each have significant areas where they can contribute,” notes Earle.

Many NAPE members work at large private-sector entities throughout Newfoundland & Labrador including the likes of Labatt Breweries, Purity Factories, Browning Harvey Ltd, and Country Ribbon, a poultry producer. On the public side, NAPE represents members at all levels of government.

“Our members provide quality products,” Earle proudly says. “On the public sector side we deal with all levels of government. It has its challenges, but we are structured to be able to handle those challenges at each level we represent.”

As one can imagine, serving in the role of president of a labour organization with a scope as wide as NAPE results in Earle spending a significant portion of his time lobbying government bodies, ministers and ministerial officials.

“At the leadership level in our organization we have two full-time leaders – me, as president, and our secretary treasurer, Bert Blundon,” says Earle. “A main part of what we do is lobbying politicians whether it’s an elected official or assistant deputy ministers or at the municipal level.”

Both Earle and Blundon devote a significant amount of time lobbying on issues regarding changes to legislation that ultimately affects workers and about policies and procedures the organization believes need to be performed differently throughout the province.

“We want to try and influence policies and legislation that affects our members, but it’s not just for our members. We are in all the communities of Newfoundland & Labrador and we care about every part of it,” emphasizes Earle.

Newfoundland and Labrador has gone through its share of bumpy economic times, but there are also numerous positive aspects that provide a great deal of optimism for the future. There are also times when it can be frustrating for the working public to see excruciatingly long periods of time go by awaiting updated policies and procedures that would vastly improve workplace environments, but, as Earle notes, it’s important to approach such matters with a proper balance of assertiveness and patience. From that perspective, it’s really no different than any other jurisdiction across Canada.

“We can’t move too quickly, recognizing the fragile state of the economy right now. There are certain things our members expect and what the general public expects,” states Earle.

“Recently we’ve seen some positive moves made by the current (government) administration,” he continues. “For example, we didn’t have any legislation for people who suffer from post-traumatic stress disorder (PTSD). Legislation that came in last fall will cover, as of June 1, all workers in Newfoundland & Labrador.”

There has also been movement on domestic violence language where leave will now be part of the legislation.

“In negotiations, and recognizing the difficulties in the economy with this government administration, we’ve been able to secure job security language, because as you cut people you cut services,” he says.

With respect to public sector coverage there is likely not any component of government or any community in Newfoundland & Labrador without a NAPE member working within it, whether it’s health and safety, healthcare, education or homecare agencies, to note just several examples.

There are very few areas where NAPE would have limited to no involvement, such as fisheries. But on the provincial side, the association is front and centre with conservation and wildlife officers that enforce regulations and oversee the entire process of the regulatory aspects within that industry.

Throughout the decades, job descriptions within evolving workplaces can change but the core issues for NAPE remain largely the same when it comes to providing the best protection for its workers, including the likes of benefits, workplace safety, job security and training.

“What we see more now that wasn’t brought to the floor previously, due to stigmatism, would include such things as mental health issues,” notes Earle. “It’s something that just wasn’t talked about as recently as five to 10 years ago.”

In 2019, labourers, employers and government are all willing to sit down at the table and have conversations that directly address mental health issues and what best practices should be implemented to ensure an optimal working environment for every single employee.

There has also been a notable increase in movement on dealing with the problem of violence in the workplace. Additionally, due to economic reasons, there has been a loss of some important positions and it’s had a direct impact on the abilities of the existing employees to deliver the services, so that is an ongoing challenge that continues to be met head-on.

A concern for Earle focuses on the fact that many NAPE members have not seen a rise in their take-home pay for quite some time and that has a ripple effect on the local economy. When people have less money they are not spending.

“Most dollars that our members earn are spent here locally,” explains Earle. “For example, if you talk to local merchants or restauranteurs, either urban or rural, they are seeing the spinoff effect. At NAPE, we represent a significant number of workers but when they feel they are in a pinch, it impacts those businesses.”

NAPE members in the public, municipal and private sector each provide vital products and services to every community in the province. Their presence can be seen and felt virtually everywhere.

“In the schools we have what we refer to as Student Assistance and it involves helping children that would not have the ability to be integrated into the regular classroom without our student assistance,” notes Earle.

“Our healthcare professionals, whether that is lab and x-ray or nurses and paramedics, they all contribute tremendously to our province and often under very challenging environments,” he continues.

NAPE and its membership stretch all the way from St. John’s to Northern Labrador. To drive to the west coast of the island from St. John’s takes nearly 10 hours. Then, add in the mainland of Labrador on top of that and it’s truly a massive geographic area.

Earle and his executive team are always mindful of not only staying on top of current initiatives and issues facing the NAPE membership but there are also a number of other things the organization wants to achieve in order to not only meet, but exceed expectations.

“It’s critical that we meet the demands of our membership in making structural changes so that we serve our members in providing education opportunities,” he says. “We have a fairly small staff of 31 people. We have our main headquarters in St. John’s and a regional office in Grand Falls-Windsor and another small regional office on the west coast in Corner Brook.”

According to Earle, an excellent method of creating success is to consistently work at improving communication with membership while also providing educational and experiential support to the local servicing representatives and in developing campaigns. Promotion of members’ work and effective messaging to the public is an excellent means of showcasing the importance of NAPE members.

Meanwhile, Earle and his team plan to continue the conversation with the citizens of Newfoundland & Labrador and make them aware of the invaluable services that members of NAPE provide on a constant basis. At times, certain segments within the business community will look to cut public services, but once educated on the fundamental benefits of those essential services it becomes apparent that when jobs are cut, so too are important services. In other words, businesses, politicians and citizens need to always think about the longer-term strategy and the big-picture and not merely what is unfolding in the current environment and rule based on knee-jerk reactions.

“We will continue to stand up to business groups that don’t see the benefits of what the public sector workers are doing and look to engage them in better understanding what it is that we provide to the community and the province as a whole,” concludes Earle. 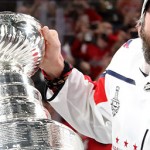