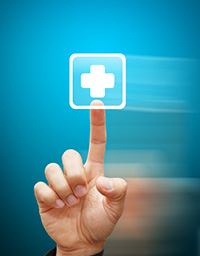 There’s a new portable medical device on the market aimed at helping people with circulatory problems, and the unit has been met with enthusiasm and hope. The device can help treat such things as deep vein thrombosis, diabetic wounds and chronic swelling while enhancing overall health.

Venowave VW5 is the invention of John Saringer, president and CEO of Saringer Life Science Technologies in Stouffville, Ont., north of Toronto.  Saringer’s invention got a major public relations boost when it was announced members of Canada’s triathlon team – led by former Olympic champion Simon Whitfield – were using the device to aid their training regimen.

“We were thrilled to be able to help our Canadian athletes,” says Saringer in an interview with CBJ. “Our product is designed to improve blood flow, whether the user is a high performance athlete or a senior suffering from chronic leg swelling due to vascular disease.”

The triathletes had been holding training sessions in Hamilton prior to the London Olympics when they observed an individual who was wearing a Venowave. They struck up a conversation and before you know it, Saringer was speaking with Whitfield and others on the national team about his medical invention.

The patented Venowave VW5 is a compact, battery-operated compression pump that is worn on the calf just below the knee. Fully certified by Health Canada, the Federal Drug Administration (FDA) in the U.S. and CE Mark in Europe, it uses gentle wave motion to increase blood flow, thereby delivering more oxygen to improve circulation and generate better muscle performance. When turned on, it mimics the body’s venous system, stopping blood from remaining still and clotting.

In addition to using the product during air travel to prevent conditions such as deep vein thrombosis (DVT – a common problem during long haul flights), Canada’s triathletes are also using the Venowave during pre-warm-up activities, cool down periods and healing time to keep blood circulating for optimal blood flow during competition.

Clinical studies indicate that the Venowave is effective. Many patients involved in a recent study reported clinical improvement after using the device for a period of eight weeks. Researchers concluded that the Venowave is a “very promising new therapy” for patients with severe Post Thrombotic Syndrome or PTS – a term used to describe the long-term symptoms of vascular diseases like DVT, such as pain, swelling, heaviness and tingling. The breakthrough device is also used to treat and prevent swollen legs (edema), Chronic Venous Insufficiency (CVI), varicose veins, diabetic leg and foot wounds, lymphedema, and Peripheral Arterial Disease (PAD).

Saringer tells The Canadian Business Journal about how the concept of inventing such a device originally came about.

“It happened somewhat indirectly,” he begins. “I was interested in the problem of reducing incidents of bed sores and ulcers from people in wheelchairs. That led me to develop this wave-generating technology that basically creates a moving support surface so that your body is constantly shifting the point of pressure to prevent constant pressure to one side which causes bed sores. When I went with that technology to get it clinically validated at McMaster University the clinicians there, and particularly Jack Hirsh, said this is great technology but can you apply it to the calf.”

From there, Hirsh explained to Saringer why the calf is so important from the point of view of pumping blood from that area and all of the medical benefits and that there wasn’t anything available on the market for it. That was 11 years ago.  So Saringer made a smaller device for the leg – which has led to ongoing research over those past 11 years where new applications continue to be found for the product.

“Instead of a small niche product that would help certain specific patients it looks like we’ve hit on a product that could help as much as five to 10 per cent of the whole population,” Saringer reveals. “It’s become a far bigger opportunity than we ever imagined and also more challenging from the marketing point of view.”

What makes the Venowave unique is its mobility. Unlike pneumatic devices typically used in hospital settings that plug into a wall and require users to remain stationary, the Venowave is lightweight – weighing only 250 grams – and can be used while performing everyday activities including walking, running and hiking. Meanwhile it is just as effective as the larger devices, points out Saringer.

“The Venowave can pump like the bigger machines, but in a very tiny package,” Saringer says, noting that he invented the product as a way to enhance circulation without the limitations. “Our bodies are designed to move, so it made perfect sense to develop a technology that would allow for mobility.”

Dr. Sonia Anand, Director of Vascular Medicine at McMaster University Hospital in Hamilton, is an avid supporter of the Venowave. “In individuals who have chronic leg swelling, the Venowave can be very helpful to prevent end of day or substantial leg swelling,” says Dr. Anand, who established a Vascular Medicine Clinic in Hamilton in 2001 after developing her clinical expertise in Boston and now treats a large number of patients who suffer from vascular conditions.  “Individuals can carry on with usual activities without having to sit down, be plugged into a wall or hooked up to a machine.”

Statistics indicate that nearly 20 million people are at high risk of developing a DVT each year and that more than 50 per cent of hospitalized patients are at risk of developing DVT. Meanwhile, it is estimated that every 30 seconds someone in the world loses a lower limb due to a recurring diabetic wound. The Venowave promotes faster healing in both cases due to its unique capability to increase blood flow.

After watching his elderly mother go through a painful leg amputation due to a foot ulcer that refused to heal – even though she was being treated by experienced vascular surgeons and receiving daily nursing care – Toronto resident Selwyn Firth introduced her to the Venowave and is now a firm believer in its capabilities. Just one month after using the Venowave, a similar toe wound on his mother’s remaining foot was completely gone. “I feel that if I had known about the Venowave when the first injury happened, that she would never have had to lose her leg,” says Firth.

Based on the initial success of the Venowave, Saringer Life Science Technologies is currently recruiting qualified patients to participate in clinical trials related to the treatment and prevention of diabetic wound ulcers to further demonstrate the product’s viability. The company also offers a humanitarian program whereby low income patients in high need of the device may qualify for a unit at a reduced cost.

Health Canada and the FDA in the U.S. have both approved the Venowave medical apparatus. But it’s taken five years, and Saringer says they are not totally where they want to be yet.

“The key thing in the United States is that we haven’t got MediCare and MedicAid to pay for the product because their budgets have been under very tight control,” Saringer says. “I think one of the ways they control the budgets is to prevent new technologies from jumping out and grabbing their dollars. That means people have to pay for the products, and that can be a hard sell.”

The cost to purchase a Venowave VW5 is about $500.