VANCOUVER, May 01, 2020 (GLOBE NEWSWIRE) — On Thursday, April 30, 2020, the British Columbia Utilities Commission (BCUC) issued its Final Report for the Inquiry into the Regulation of Indigenous Energy Utilities to the Minister responsible for the Hydro and Power Authority Act.
The BCUC’s Inquiry followed an open and transparent engagement process that began in March 2019; it included 11 Community Input Sessions and 8 Draft Report Workshops hosted by the BCUC throughout British Columbia (BC), as well as participation from 21 Registered Interveners, 18 Interested Parties, 12 Letters of Comment, and feedback from representatives of more than 50 different First Nations groups.The BCUC respects the rights of Indigenous peoples to economic self-determination and self-governance, as laid out in the Articles of the United Nations Declaration on the Rights of Indigenous Peoples (UNDRIP) and sought to reconcile these interests and create mutual benefits for all in its Final Report Recommendations. All of the comments and submissions received during the Inquiry were considered in the BCUC’s development of its Final Report.
For a full and complete list of the BCUC’s Final Recommendations, please refer to its Final Report, or the Final Report Summary available on bcuc.com.BackgroundOn March 11, 2019, the Lieutenant Governor in Council, pursuant to section 5(1) of the UCA, directed the BCUC to provide recommendations to the BC Government regarding the regulation of Indigenous utilities in BC. The terms of the Inquiry are outlined in Order in Council (OIC) No. 108.  The BCUC established the Inquiry on March 19, 2019 by Order G-62-19.The inquiry explored and sought feedback on a number of important questions, including:Currently, under the UCA most utilities with a connection to an Indigenous community are regulated by the BCUC as public utilities. Some utilities have requested exemptions from existing regulatory requirements.  In June, July and September 2019, the BCUC held a series of eleven Community Input Sessions throughout BC to hear comments on the issues raised in the Inquiry. Based on the feedback received during the Inquiry, in November 2019, the Panel released its Draft Report with proposed recommendations regarding the potential regulatory framework for Indigenous-owned and operated energy utilities in BC. In late 2019 and early 2020, the BCUC hosted eight Draft Report Workshops to gather feedback on its proposed recommendations. All of the comments and submissions received during the Inquiry, were considered in the BCUC’s development of its Final Report.For more information about the Inquiry, please see the proceeding page on the BCUC website here.About the BCUCThe BCUC is a regulatory agency responsible for the oversight of energy utilities and compulsory auto insurance in British Columbia. It is the BCUC’s role to balance the interests of customers with the interests of the businesses it regulates. The BCUC carries out fair and transparent reviews of matters within its jurisdiction and considers public input where public interest is impacted.CONTACT INFORMATION:Krissy Van Loon
Manager, Communications
Phone: 604.660.4727
Email: Krissy.VanLoon@bcuc.com 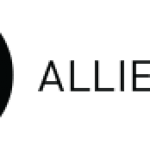 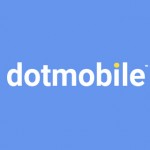