The Disposition was made for investment purposes. In accordance with applicable securities laws, Mr. Beaty may, from time to time and at any time, acquire additional shares and/or other equity, debt or other securities or instruments (collectively, “Securities”) of Amerigo in the open market or otherwise, and reserves the right to dispose of any or all of his Securities in the open market or otherwise at any time and from time to time, and to engage in similar transactions with respect to the Securities, the whole depending on market conditions, the business and prospects of Amerigo and other relevant factors.

For more information, or to obtain a copy of the subject early warning report, please contact: 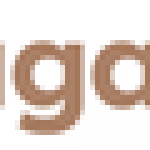