As Nortel Networks Corp. moves into the final stage of liquidation, the telecommunications company is looking at selling all or part of its library of wireless patents. In mid-February, Nortel said it is “exploring strategic alternatives to maximize the value” of nearly 4,000 patent families related to next-generation wireless technology, or long-term evolution (LTE).

This range of options includes an auction of the patents, a joint venture with a new partner or long-term licensing agreements with wireless companies. To date, nothing has been decided yet. But if the Toronto-based company opts to sell the patents, it will mark the end of a 128-year-old communications company.

The value of its patents is difficult to determine as many products that they support are still in development. But experts believe the patents could be worth as much as US$1 billion if a bidding war is triggered. According to industry sources, Nokia and Telefon AB LM Ericsson have privately expressed interest in acquiring the patents to protect their recent purchases of various Nortel wireless assets. Another potential bidder is Research In Motion Ltd.
Since Nortel filed for creditor protection in 2009, the company has collected more than $3 billion in net proceeds by selling its various divisions to bigger foreign competitors. Still, Nortel has $4.5 billion of long-term debt and, additionally, owes billions of dollars to suppliers and pension plans.

On February 5, 2010, the Canadian and American governments reached an agreement on Buy American provisions contained within the American Recovery and Reinvestment Act (ARRA) of 2009.

The agreement stipulates that Canadian provinces will sign on to the WTO Agreement on Government Procurement (GPA) at an equivalent level to the U.S. This means both countries will lend each other permanent market access at the sub-federal level, including access to municipal-level construction projects as well as some provincial crown corporations. In return, Canada will receive access to the remaining stimulus funding and has been granted preferred market access to procurement programs where Canadian companies have been traditional suppliers.

Formerly, the ARRA provisions had formerly blocked foreign-produced components from being used in projects funded by the $787-billion American stimulus package. As a result, Canadian firms have been excluded from $280-billion worth of U.S. state and municipal-level government procurement opportunities. For months, negotiators from both countries have been trying to reach a deal that would benefit both parties. Due to the symbiotic nature of our trading relationship, these restrictions have been hurting businesses and jobs on both sides of the border.

Although it took several months to reach an agreement, and a substantial portion of the U.S. stimulus funding has been allocated, it does represent an important step forward.

Shaw’s investment amounts to a minimum of $95 million in exchange for 20 per cent of Canwest’s equity and an 80 per cent voting interest in the restructured company. Shaw’s next step is to renegotiate a three-year deal with the New York investment bank that governs ownership of CanWest’s television unit.  As a result of the deal, Canwest CEO Leonard Asper is expected to leave the company.

Canadian Men’s Hockey is back on top, as we brought home the final gold medal. It was a close game against United States, who tied up the game within 30 seconds of the third period.  Predictably, Sid the Kid scored the game-winning goal, bringing the final score to 3-2.

Both teams played hard (some argue the U.S. played harder), but Team Canada got its break and went for it. It was a fitting end to the Vancouver Olympics, as the win sealed our position as the country with the most gold medals (14 to be exact).

In Ottawa, Harper can expect to make good on his bet with U.S. President Barack Obama. Both leaders wagered each other a case of beer on the outcome of the men’s hockey final. Now that Canada has won, Obama owes Harper a case of Molson Canadian.

Labour shortage to strike during recovery

The Canadian Chamber of Commerce warned that Canada will need to take action to address the problem of too few workers once the economy recovers from the recession. In a report released on February 22, the Chamber said the financial crisis has temporarily raised unemployment levels, diverting attention from the longer-term problem of labour shortage as the population ages and birth rates decline.

“Canada will have too few workers to meet the needs of its economy and of society,” says Perrin Beatty, president and chief executive of the Canadian Chamber. “We need to expand Canada’s labour force if we want the Canadian economy to continue to grow.”

Businesses across Canada will need to tap into the country’s under-used pools of workers, such as older workers, aboriginal peoples, the disabled and new immigrants, said the Chamber. The government will also have to boost post-secondary education levels to ensure these groups have the necessary skills to fill the available positions. For First Nations, Métis, Inuit, and the disabled, post-secondary education participation rates continue to be very low.

According to Jason Kenney, the Citizenship and Immigration Minister, Canada plans to establish a key office in India to facilitate recognition of foreign credentials, a move to help Indian immigrants who seek jobs in the country.

“We want newcomers to be able to use their skills as soon as possible in Canada,” said Kenney, adding that in the past immigrants arrived at the airport only to sink or swim. Mr. Kenney said the government proposed to open new offices in India, China, the Philippines and Britain for recognition of foreign credentials. The Canadian Immigration Integration Project (CIIP) will get USD $15 million over the next three years to expand its services in those areas. The new office will serve prospective immigrants to Scandinavian countries, Britain and the Gulf States.

The CIIP offers prospective immigrants a variety of services, including information about labour market in Canada and ways to apply for jobs and how to get their university credentials recognised. The service has helped 7,000 people so far, Kenney said, rattling off examples of recent immigrants who successfully got jobs in Canada after being helped by the CIIP.

A new audit says Health Canada handed out millions of dollars to a national eHealth agency without properly accounting for how the money was spent. Naturally, this finding calls into question Health Canada’s own record of accountability, even as it conducts due diligence before deciding whether to give Canada Health Infoway Inc. another half-billion dollars.

The internal audit examined a $400-million, five-year deal the department signed in 2007 with Infoway, created to ensure all Canadians have an electronic health record by 2016. Infoway received its first cheque, for $38.7 million, in October 2007. But the auditors suggest the deal was so badly crafted that Infoway was not required to provide enough information to Health Canada to ensure the money would be well spent.

“The information in support of the initial instalment of the new funding was inadequate to verify the validity and appropriateness of the projected expenditures under the terms of the agreement,” says the newly disclosed audit, completed in May last year. “In the absence of detailed project information, (Health Canada) cannot effectively assess the eligibility and reasonableness of reported budgeted costs.”

The audit also disclosed that the Health Canada official who approved the $38.7-million payment did not have the authority to do so. When auditors spotted the issue, the department fixed the problem by having an associate deputy minister retroactively approve a cheque that had already been cashed.
The failings cited in the audit turn the accountability spotlight on Health Canada, which has frozen $500 million in fresh funding for Infoway for more than a year while it conducts ‘due diligence.’

WestJet’s chief executive officer, Sean Durfy, believes WestJet Airlines will be able to challenge Air Canada for the lead in domestic market share four years from now. By 2014, WestJet could be nipping at the heels of Air Canada, he predicted. 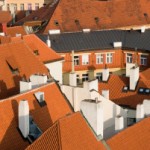 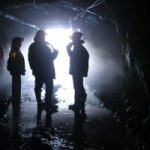