CBJ — Japanese automaker Nissan has reported a massive 70% drop in quarterly profit. The plunge in profit resulted in the company immediately cutting its projected forecast to an 11-year low.

It’s uncertain just how much the ouster of former boss Carlos Ghosn had to do with consumer confidence, but Nissan has seemingly been putting out numerous fires over the past couple of years.

Nissan reports global sales to be projected at about 5.2 million vehicles, down from a previous forecast for 5.5 million.

Nissan is implementing an international strategy, which will include laying off about 10% of its workforce, while also cutting production by about the same amount over the next three years as part of an effort to rein in costs, which escalated during the tumultuous tenure of Ghosn as chief executive officer. 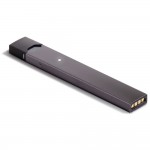