TORONTO, Dec. 23, 2019 (GLOBE NEWSWIRE) — Noront Resources Ltd. (“Noront” or the “Company”) (TSX Venture: NOT) has extended the terms of its current debt facilities with Franco-Nevada Corporation (“Franco-Nevada”) and Resource Capital Fund V L.P. (“RCF V”).  The Company’s loan with Franco-Nevada has been extended to September 30, 2022 and the maturity of its convertible debenture with RCF V has been extended to September 30, 2021.  In addition, Noront has granted a 1% gross revenue royalty on the Eagle’s Nest Nickel-Copper-PGM deposit for C$5.0 million to Franco-Nevada.
“Our largest financial partners have extended the terms of their existing support and Franco-Nevada has increased its investment in Noront,” said Alan Coutts, President and CEO of Noront Resources. “We appreciate this vote of confidence and are fortunate to have many supportive stakeholders who share our vision of developing the Ring of Fire in a responsible manner with local communities, for the benefit of generations to come.”Amended Loan AgreementsFranco-Nevada Loan Extension
In 2015, Noront Muketei Minerals Ltd. (100% owned subsidiary of Noront) entered into an amended and restated loan agreement (the “Loan Agreement”) through which Franco-Nevada loaned Noront US$25 million for a term of five-years at an interest rate of 7% per annum, with all interest accrued and payable at the end of the term. The loan proceeds were used to finance the acquisition of the Cliff’s Natural Resources Chromite Properties in the Ring of Fire (the “Cliffs Transaction”).  This loan is secured by the assets acquired in the Cliffs Transaction and was to be repayable on April 30, 2020.  Pursuant to an amending agreement entered into on the date hereof between Noront and Franco-Nevada, the Loan Agreement has been extended under substantially the same terms and conditions until September 30, 2022.Royalty
The Company has granted Franco-Nevada a 1% gross revenue royalty on the Eagles’ Nest Nickel-Copper-PGM deposit for C$5.0 million.   The proceeds from the sale of the royalty will be used to advance Noront’s Eagle’s Nest Project, the Chromite Projects and for general working capital purposes.Resource Capital Convertible Debenture
Noront also entered into a ninth amending agreement dated December 23, 2019 (the “Ninth Amending Agreement”) with its largest shareholder, RCF V to, among other things, extend the term of its existing US$15 million convertible debenture (the “Convertible Debenture”). The maturity date of the Convertible Debenture has been extended to September 30, 2021. RCF will continue to accept all interest payments in common shares of the Company, subject to the approval of the TSX Venture Exchange (the “TSXV”), with interest paid quarterly in arrears at the same rate of  8% per annum. The Convertible Debenture continues to be convertible into common shares of the Company at the option of RCF V, with the conversion price having been set at C$0.20 cents per common share (previously C$0.34 cents per common share), at any time prior to the maturity date. All other material terms and conditions of the Convertible Debenture remain the same.Additional UpdatesEarlier this year, the environmental assessment for sections of the Ring of Fire all-season access road being led by traditional land holders Marten Falls and Webequie First Nation advanced to the public review and commentary phase on both the provincial Terms of Reference and federal Project Descriptions. In addition, an upgrade was completed on the 20 kilometre stretch of Highway 643 between Nakina and Aroland First Nation.In June 2019, the U.S. government issued a report and action plan for A Federal Strategy to Ensure a Reliable Supply of Critical Minerals designed to make America’s economy and defense more secure. The strategy directs the U.S. government to reduce its reliance on foreign-supplied critical minerals, including chromium which is used in domestic stainless-steel production and currently imported as ferrochrome from South Africa and Asian countries. The action plan is designed to develop an internal supply for these minerals or to import them through investment or trade with American allies. Canada is the first ally listed, potentially offering a unique opportunity for us to meet this strategic need with exported ferrochrome produced in Ontario.Certain of the transactions described in this news release between the Company and RCF constituted “related party transactions” within the meaning of Multilateral Instrument 61-101 – Protection of Minority Shareholders in Special Transactions (“MI 61-101”). For this transaction the Company intends to rely on the exemption from the formal valuation requirements of MI 61-101 contained in section 5.5(b) of MI 61-101 on the basis that no securities of the Company are listed on a specified market set out in such section, and the Company intends to rely on the exemption from the minority shareholder approval requirements of MI 61-101 contained in Section 5.7(1)(e) of MI 61-101 on the basis of financial hardship if the Convertible Debenture is not extended.  The Company did not file a material change report more than 21 days before the entering into of the Ninth Amending Agreement as the details of such agreement were not settled until shortly prior to closing and the Company wished to close the Ninth Amending Agreement on an expedited basis for sound business reasons.About Noront ResourcesNoront Resources Ltd. is focused on the development of its high-grade Eagle’s Nest nickel, copper, platinum and palladium deposit and the world class chromite deposits including Blackbird, Black Thor, and Big Daddy, all of which are located in the James Bay Lowlands of Ontario in an emerging metals camp known as the Ring of Fire. www.norontresources.comNeither TSX Venture Exchange nor its Regulation Services Provider (as that term is defined in policies of the TSX Venture Exchange) accepts responsibility for the adequacy or accuracy of this release.For more information:
Janice Mandel
[email protected]
647-300-3853
CBJ Newsmakers 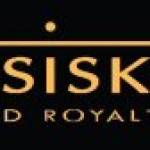 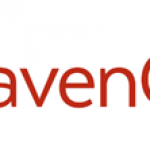