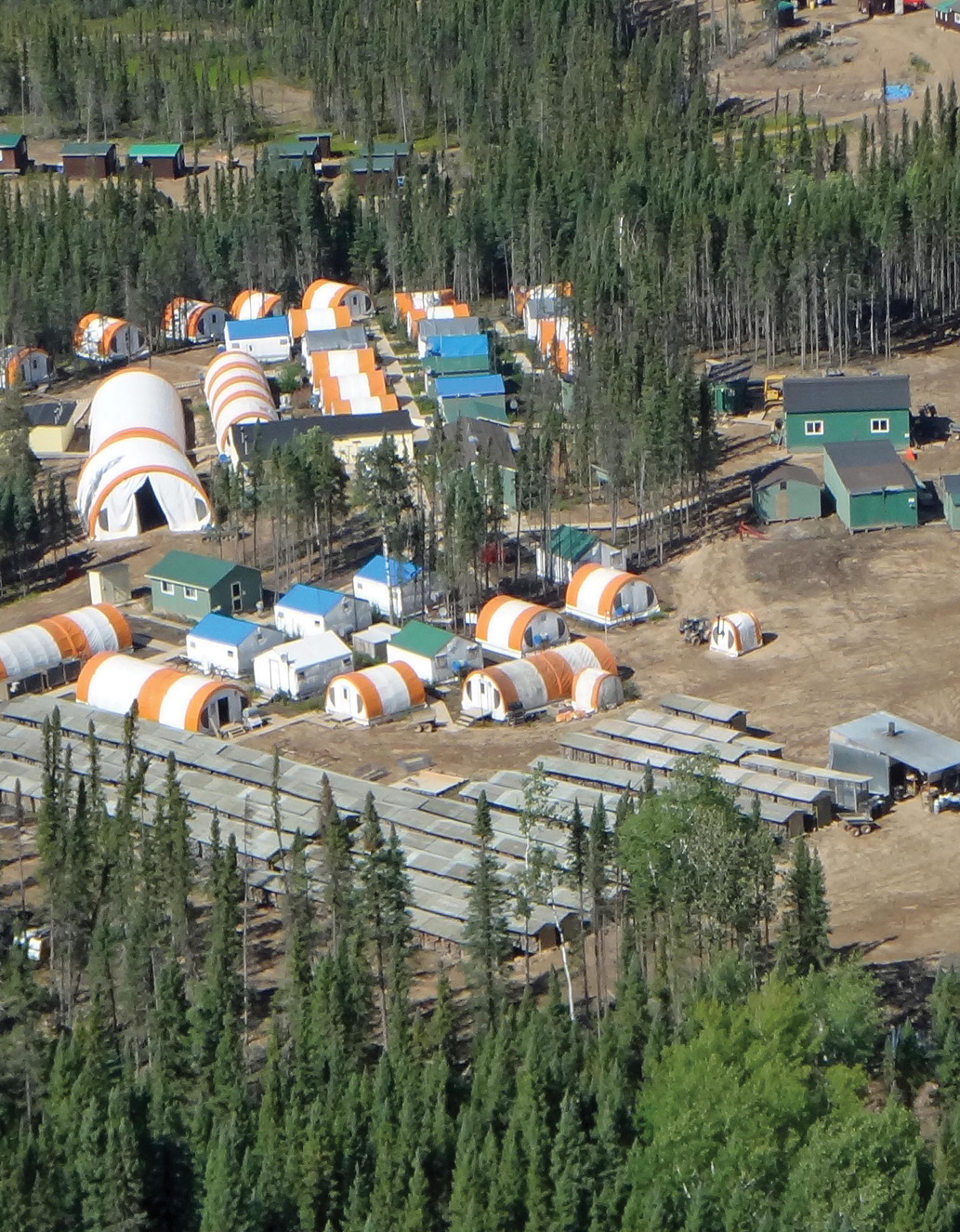 The Eagle has Landed

Canadian explorer Noront Resources is developing a world class nickel, copper and platinum mine that it hopes will be the first of many in Ontario’s renowned Ring of Fire.

When The Canadian Business Journal spoke to Noront Resources (TSX-V: NOT) in August 2009, the company was busy exploring in the Ring of Fire – a geological district in the James Bay Lowlands of Northern Ontario known for holding significant deposits of precious metals. Noront was just beginning to define its deposits – Eagle One, Eagle Two, Blackbird One and Blackbird Two – which it planned to develop together as a mineral belt. “Although the deposits are not completely defined yet and our exploration is ongoing, they certainly look like they have the tonnage and grade to be classified as world class,” said interim CEO Joseph Hamilton. Now almost four years later, the Eagle’s Nest Project has not disappointed.

Eagle’s Nest centres upon the formerly named Eagle One deposit and comprises a stand alone nickel, copper and platinum group-element mine and mill complex. A Feasibility Study completed in September 2012 confirmed robust economics for the Eagle’s Nest Mine, estimating an 11-year mine life with 1Mtpa throughput, producing approximately 150,000 tonnes of nickel-copper concentrate each year. The mine’s estimated after-tax Net Present Value at an eight per cent discount rate is US$543 million and its initial capital cost is estimated to be $609 million. These statistics put Eagle’s Nest into the lower quartile of capital and operating costs within the mining industry, even after factoring in the lack of existing useful infrastructure.

Noront is currently taking Eagle’s Nest through permitting and environmental assessments, which it hopes to wrap up in a few months. After that it will arrange the project’s financing. “We want to commence construction as soon as we can and hopefully begin operation in late 2016,” says Semple.

He adds the Noront’s management team has more than enough experience in mine construction and operation to successfully transition the company from explorer to developer.

“I’ve spent my career largely in engineering and construction on projects around the world,” Semple says. “I have almost 30 years of experience in mine development and construction, and I have spent the last eight years in mine operation.

“Similarly, our team is comprised of experienced mine engineers, constructors and geologists, who are familiar with the business, having been in it for a long time. We believe we have put together a strong team to build Eagle’s Nest – but one that also recognizes when we need to bring in contractors.”

Infrastructure and the Environment

Noront has designed Eagle’s Nest in a way that minimizes its environmental impact. Surface disturbance will cover less than 42 hectares because the majority of the infrastructure – including the ore mill – will be built underground. Waste from the underground development will be recycled as construction aggregate for building the airstrip and road, which will follow glacial landforms called eskers: long, winding ridges of stratified sand and gravel.

Eagle’s Nest lacks existing transport, power and communication infrastructure. In an Investor Presentation from January this year, the company outlines two potential routes to the site: North to South or East to West. The 300kilometre N-S route, initially proposed by Cliffs Natural Resources, has lost some favour since Cliffs temporarily suspended its Environmental Assessment activities for its Ring of Fire chromite project, but Noront says its own development plans still hold firm. If the N-S access route doesn’t materialize, there’s always the E-W alternative.

“Throughout the project’s development, we’ve been looking at various financial plans and the best ways to develop infrastructure either with or without Cliffs, so their recent decision hasn’t really affected our plans,” comments Semple.

“We’ve always said that any infrastructure going into the project would be shared with other industrial users and local communities, and we believe that even if we’re missing an industrial user, there are still opportunities to share it with other parties.”

Investing in the Community

In addition to building transport, power and Internet infrastructure for the use of local communities, Noront intends to help educate, train and employ local people. “A lot of our CSR [Corporate Social Responsibility] programs are about engaging the youth, getting them involved and engaged so that in future they may want to work for a company like ours,” says Semple.

He goes on to emphasize the benefits the mining industry can offer to the communities Noront will be operating near.

“These are small, remote communities with unemployment rates exceeding 80 per cent, so we need to introduce young people to careers in the minerals industry that they may not have considered before. And the jobs aren’t all for engineers – accountants, scientists and lawyers all play important parts.

“We’ll be employing locally as much as we can,” Semple continues. “We’re part of the Ring of Fire Aboriginal Training Alliance with Confederation College and the Matawa Tribal Council’s Kiikenomaga Kilenjigewen Employment Training Services (KKETS) that has been funded by the federal government, through which we’ll provide experience and mine training for more than 1,000 people.”

Creating employment and wealth is one of Noront’s long-term goals alongside developing itself into a producer. While the company is very much focused on Eagle’s Nest right now, it has a number of other projects and exploration targets within the Ring of Fire.

Semple says the Eagle Two deposit, although lower-grade than Eagle’s Nest, might still supplement the Eagle’s Nest Mine in the future, while the Blackbird chromite deposit – with a Measured and Indicated Resource of 20.5Mt at 35.8 per cent Cr2O3 and 1.97:1 Cr:Fe – will probably wait until the economics for chromite projects improve. One particularly high-priority exploration target is AT-12, nine kilometres northeast of Eagle’s Nest and prospective for nickel and copper sulphide.

“Once we’ve developed Eagle’s Nest further, we want to expand our reach in the area,” Semple adds. “We see the potential for many additional mines in the future and, although we haven’t focused on those just yet, we have the targets and we’re optimistic of our potential.”