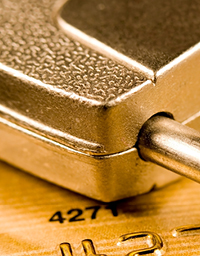 Somewhat lost amongst the widespread media coverage surrounding Research in Motion these past several months is a case unfolding in Toronto where former Nortel CEO Frank Dunn and two other onetime executives are standing trial on criminal fraud charges. In fact, it’s one of the largest corporate trials in Canadian history now taking place in Ontario Superior Court.

It’s hard to believe a decade has passed since Nortel’s drastic decline. It was, in many ways, the original RIM when it comes to Canadian high-tech companies that were once on top of the world, only to come crashing down, with investors left in the lurch and thousands unemployed. Nortel was the sweetheart of Canadian and international technology firms and the apple of investors’ eyes, riding a massive crest of success in the late 1990s and early 2000s before the ceiling caved in.

At its peak in the middle part of 2000, Nortel employed about 90,000 worldwide, including 30,000 here in Canada. Guided by the leadership of then CEO John Roth, its stock hit an incredible $124 on the Toronto Stock Exchange, where it accounted for more than one-third of all companies on the TSX in terms of valuation, with sales of its telecom optical equipment riding an all-time high. However, just two years later amidst a saturated international market, Nortel’s market capitalization fell from just under $400 billion to $5 billion by August, 2002 with its shares plummeting to a paltry 47 cents. Devalued to penny-stock status, it was later delisted from the TSX and deemed completely worthless. The total collapse sent shockwaves throughout the international business community.

Roth retired in 2001 and his permanent replacement wound up being former chief financial officer Frank Dunn, who was charged with leading a massive restructuring campaign that included the necessitation of more than 60,000 workers being laid off worldwide. Numerous writedowns totalling more than $20 billion were also implemented, resulting in a perception that fortunes were improving with an unexpected return to so-called profitability in the early part of 2003. Rather than pay back some of the huge sums of money lost by investors and pension funds, the euphoria of the supposed turnaround instead lead to massive bonuses for a number of top executives, including Dunn, who reportedly received about $7.8 million. An additional $3 million was allegedly given to CFO Douglas Beatty and $2 million was earmarked for controller Michael Gollogly.

The considerable bonus payouts set off alarm bells with independent auditor Deloitte and Touche, which resulted in the recommendation that the financial statements be scrutinized with a fine-tooth comb. At least 10 of the company’s senior executives ended up returning their bonuses, totalling about $8.5 million, due to incorrect accounting figures, which had overstated the success of the corporate turnaround. As a result of closer scrutiny by audit investigators, it was determined about $3 billion in revenue had been logged incorrectly in the financial statements between 1998 and 2000. Additionally, more than $2 billion was transferred into later years resulting in skewed revenue figures.

The disclosure of these alleged financial improprieties led to the firings of Dunn, Beatty and Gollogly in the spring of 2004 and each were later charged by the RCMP with two counts of fraud in 2008, which brings us to the current trial now taking place. All three have pleaded not guilty and none of the allegations have been proven in court.

It will be the Crown’s contention that the former trio of executives falsified financial statements in an effort to show a sudden return to profitability in 2003, which in turn enabled them to claim huge incentive bonuses totalling almost $13 million. As of this publication, the Crown was expected to call as many as 27 witnesses to the stand.

Part of the defence claim will undoubtedly be that there was no motive to orchestrate such a fraud, given that the company’s independent auditors gave their stamp of approval regarding the financial situation at Nortel. The defence will also argue that Nortel was transparent about its accounting problems and was not looking to conceal any of the erroneous details.

From the time of the tumultuous collapse in 2002, Nortel struggled to venture on for almost seven years, albeit as a shadow of its former self, but threw in the towel on Jan. 14, 2009 when it filed for protection from creditors in Canada, the United States and the United Kingdom. Despite initial attempts at restructuring, it was determined to be unsalvageable, and so it was announced five months later that Nortel would cease operations and its business assets sold off to the highest bidders. The current bankruptcy protection is due to expire on Apr. 13.

The case is being presided over by Justice Frank Marrocco, who happened to be the lead prosecutor in the case against Calgary gold miner Bre-X Minerals Ltd., which turned out to be the biggest corporate fraud in Canadian history. Senior media relations coordinator Brendan Crawley, spokesman for the Ministry of the Attorney General’s Office, tells CBJ the trial could last six to nine months.