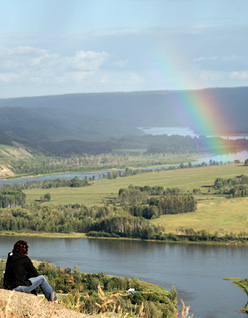 The Canadian economy is shifting. Locations with strong local industry sectors such as energy, forestry, and agriculture offer job-seekers and entrepreneurs across Canada with new, exciting opportunities. As a result, many of Canada’s northern, historically smaller communities are experiencing a massive economic surge.

One such area is the North Peace region

North Peace region consists of five municipalities: the City of Fort St. John, the District of Taylor, the District of Hudson’s Hope, Peace River Electoral Area “B”, and Peace River Electoral Area “C.” With Taylor, Hudson’s Hope, Areas B & C making up the North Peace Economic Development Commission and strong partnership with the City of Fort St John’s economic development department, the region is focused on encouraging economic development projects to diversify and strengthen the economy of North Peace.

The North Peace Region contains endless possibilities, regardless of one’s chosen profession. Although energy is currently driving the economy, several other burgeoning sectors are have built a strong diversified economy.  Professionals from all over the world are flocking to North Peace to pursue careers in industries such as forestry, agriculture, and community development, in addition to the push for professionals in the energy sector.

North Peace sits along the Alaska Highway, driving a strong tourism industry in the region. Over 300,000 vacationers visit North Peace each year to enjoy the quiet lifestyle and breathtaking scenery. The highway also allows for industries to easily transport workers and supplies between sites.

The energy sector is the most dominate in the area today.  With the provincial government’s commitment to developing a liquefied natural gas industry for the province, activity in the region has already pushed passed previous high levels of activity.  It is estimated that an additional 12,000 direct and indirect jobs will be created by LNG development in the upstream portion of the industry.  The Montenay Shale Gas Play, found in the Peace region, is a world-class play that has an estimated reserve of 12.7B m3 of marketable natural gas, 14.5M barrels of marketable natural gas liquids, and 1.1M barrels of marketable oil.  The North Peace region has over 10,000 wells drilled throughout the region.

“There’s a large amount of fly and drive-in workers,” explains Fred Jarvis, Mayor of the District of Taylor and Chair of the North Peace Airport Society, “Many work camps have been built in the area, some of them with populations of over a thousand.”

Historically, the North Peace region has experienced unemployment rates below 6%, which the Conference Board of Canada considers to be full employment.

Many who come for work end up settling in North Peace. The region possesses a very young average age of 30 years, nearly a decade younger than that of the province. North Peace’s average household income is over $100,000.  With the economic projections on the development in the region, it is estimated that the service population with double within the next 5 years.

In today’s competitive employment race, young people find it hard to find advancement opportunities. According to an ancient Beaver Indian legend, those who drink from the Peace River are destined to return. No one knows this to be truer than Jennifer Moore, North Peace’s Regional Economic Development Officer. Moore first came to the Peace Country in 2010 with a two-year plan to gain career experience before returning home to the south. However, she quickly fell in love with the area, and now has no intention of ever leaving.

“The big draw to North Peace is opportunity,” Moore explains “Entrepreneurs and young professionals can come here and gain tremendous experience in a few short years.”

“If you have a strong work ethic and are driven to succeed, North Peace is the place for you,” Moore adds.

The largest challenge for those in North Peace is dispelling the myth that northern communities contain less recreational opportunities than their southern counterparts. North Peace offers a variety of different recreational pastimes for residents. Nature-lovers can visit the region’s many naturalized walking and hiking trails. Families can visit one of their local community centres and enjoy the day swimming, skating, or taking part in neighborhood events.

“I have been completely awestruck by the access to recreational facilities in this region,” says Moore, “We have world class coaches; many are retired professional athletes.”

“There is a tremendous amount of things to do and see here in North Peace for those at any price point,” adds Jarvis.

Planning for the Future

With an increasing amount of business growth and entrepreneurship opportunities, North Peace is situated to become Canada’s next large economic hotspot. The region’s leaders, in preparation for the ‘boom,’ are now looking to find ways to grow sustainably.

“We’re working on ways to build infrastructure for the new residents coming in. We’re expanding our airport. We’re increasing our housing stock,” explains Jennifer Moore, “We know there’s no limit to the exponential growth that can happen here.”

North Peace is also preparing to overcome some major challenges in the near future. The completion and activation of Canada’s interprovincial natural gas pipeline will greatly increase the need for energy sector workers in North Peace, as the region contains nearly all of British Columbia’s natural gas. British Columbia also plans to install its third hydroelectric dam on the Peace River this fall, further increasing the demand for skilled laborers.

To support this influx of skilled industry workers, North Peace is also looking to increase its service sector employment rates.

Whether you’re a business owner looking to expand, a young professional seeking valuable career experience, or a family searching for somewhere to call home, the North Peace Region is the place for you. The scenic, accessible location combined with numerous business opportunities identifies North Peace as one of Canada’s next great economic centres. 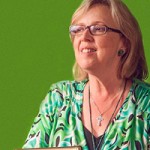 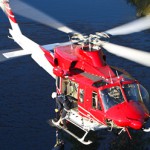