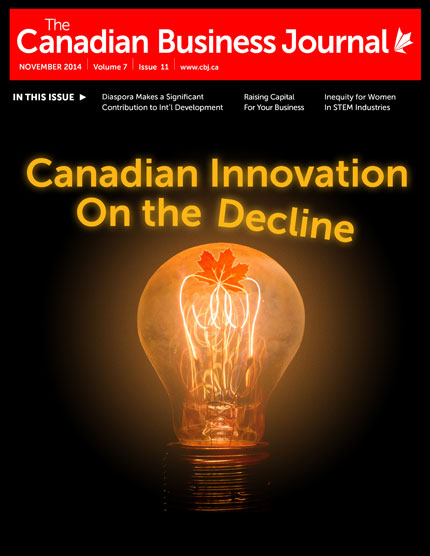 Innovation is one of those slippery words that can conjure up any number different meanings, depending on the circumstance, but essentially it’s a reference to new ideas that can be turned into more efficient processes. One of the more notable sectors that Canada heavily relies upon is natural resources, and it’s been one of the hardest hit in recent times. Our cover story this month looks at Canada’s innovation and whether it’s cause for concern.

Canadian Association of Petroleum Produc- ers, Canadian crude output skyrocketed nearly 50% from 2005 to 2013. But the saviour is now being challenged by external burdens. Making matters worse is that extracting Canada’s heavy oil from Alberta sands is a more labour-intensive process than required for other grades, which costs companies a lot more money.

On a related theme, the decline in natural resources, whether it be from a lack of innovation or otherwise, has played a major part in the dollar languishing in the doldrums. With increased competition and a global decline for oil demand, the loonie’s swoon could continue for some time to come.

BlackBerry has continued its unlikely rebound with astonishing success over the past six months, thanks in large part to the efforts of CEO John Chen and a group dedicated to salvaging what was once the largest and most successful smartphone maker in the world. But success draws attention, and that’s what is happening in the tech industry with murmurs the Waterloo-based company may once again be ripe for a takeover. Topping the list of potential suitors this time around is Lenovo, the massive Chinese multinational computer technology company.

The hard-hit automotive industry took another major hit when it was announced Ford would be investing a $2 billion engine plant in Mexico rather than Windsor, ON. Unifor Canada President Jerry Dias was extremely disappointed by the decision but wasn’t totally surprised given that the Mexican government had a head start on negotiating with the automaker.

Did you know: six of the world’s top 10 companies by revenue are in the oil and gas industry? ExxonMobil is at the top, with revenues of $490 billion. 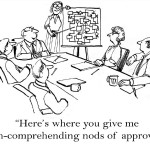 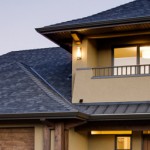