VANCOUVER, British Columbia, June 15, 2020 (GLOBE NEWSWIRE) — Novo Resources Corp. (“Novo” or the “Company”) (TSX-V: NVO; OTCQX: NSRPF) is pleased to announce that it has entered into a binding terms sheet (the “Terms Sheet”) with Mark Creasy and entities controlled by him (collectively, the “Creasy Group”) pursuant to which Novo will consolidate sole ownership of 510km2 of existing tenure and acquire ownership of an additional 2,390km2 of highly prospective new tenure in the Pilbara region of Western Australia (the “Transaction”) (see figure 1 below for a map of the Transaction tenure). The Transaction is subject to completion of definitive documentation and assignment of relevant third-party agreements as well as approval from the TSX Venture Exchange and other customary regulatory approval for transactions of this nature, including approval from the Australian Foreign Investment Review Board (“FIRB”) for certain components of the Transaction.
The Transaction is comprised of the following elements:acquisition of Creasy Group’s residual interest in 20 tenements (the “Original JV Tenements”) comprising 510km2 currently subject to joint venture arrangements between the Company and the Creasy Group pursuant to which the Company currently holds a 70% interest in conglomerate and paleoplacer gold rights in 19 of the tenements and 70% of all minerals rights in relation to one tenement (the JV Buyout tenements as shown in figure 1 below). Upon completion of the Transaction, Novo will hold 100% ownership (including rights to all minerals) in the Original JV Tenements;acquisition of 100% ownership (including rights to all minerals) in 55 tenements (the “Additional Tenements”) comprising an additional 1,865km2 of new tenure for Novo, subject to the Creasy Group retaining limited prospecting rights on one tenement comprising 25km2 (the Strattons tenement, as shown on figure 1 below); andacquisition of a 70% interest in 3 tenements comprising an additional 525km2 of new tenure for Novo (the “New JV Tenements”) and entry into joint venture arrangements over these tenements, pursuant to which Novo will hold a 70% interest in rights to all minerals and Creasy Group will hold the other 30%. These new joint ventures will be the Croydon JV and the mining lease JV, as shown in figure 1 below.Upon completion of the Transaction, the Company and the Creasy Group will terminate agreements which pertain to the Original JV Tenements and historical transactions between the Company and the Creasy Group (for further details, please see the Company’s news releases dated February 8, 2011, July 20, 2012, March 4, 2014, January 27, 2015, July 28, 2015, and August 31, 2018).Acquisition of one of the Additional Tenements and entering into the mining lease JV over one of the New JV tenements (both being mining leases) will require FIRB approval. Pursuant to FIRB Guidance Note 53 issued on March 29, 2020 (as amended) in response to the COVID-19 pandemic, FIRB review timeframes can now take from 30 days to six months. The Company does not anticipate any issues obtaining FIRB approval and considers such a delay as administrative in nature.As consideration for the Transaction, Novo will issue to Creasy Group 2,590,700 common shares (the “Consideration Shares”), of which 8,431 Consideration Shares will not be issued until FIRB approval has been obtained. The Consideration Shares will be subject to a statutory hold period expiring four months from the date of issuance. Immediately subsequent to the issuance of the Consideration Shares, the Creasy Group will hold 7.21% of the issued and outstanding shares of the Company, assuming no further Novo common shares are issued before FIRB approval is obtained.“Mark Creasy, arguably Western Australia’s foremost prospector, helped Novo get established in the Pilbara region ten years ago,” commented Quinton Hennigh, President, Chairman, and a director of Novo Resources. “Since that time, we have worked, with the Creasy Group’s help, to build Novo into the dominant player in the Pilbara region. We look forward to continuing our strong relationship with Mr. Creasy, a major shareholder, as we move Novo towards becoming a gold producer.”About Novo Resources Corp.Novo’s focus is primarily to explore and develop gold projects in the Pilbara region of Western Australia, and Novo has built up a significant land package covering approximately 13,750 square kilometres with varying ownership interests. In addition to the Company’s primary focus, Novo seeks to leverage its internal geological expertise to deliver value-accretive opportunities to its shareholders. For more information, please contact Leo Karabelas at (416) 543-3120 or e-mail leo@novoresources.comOn Behalf of the Board of Directors,Novo Resources Corp.“Quinton Hennigh”
Quinton Hennigh
President and ChairmanNeither TSX Venture Exchange nor its Regulation Services Provider (as that term is defined in the policies of the TSX Venture Exchange) accepts responsibility for the adequacy or accuracy of this news release.Forward-looking informationSome statements in this news release contain forward-looking information (within the meaning of Canadian securities legislation) including, without limitation, the expected consummation of the Transaction. Forward-looking statements address future events and conditions and, as such, involve known and unknown risks, uncertainties and other factors which may cause the actual results, performance or achievements to be materially different from any future results, performance or achievements expressed or implied by the statements. Such factors include, without limitation, the receipt of TSX Venture Exchange and FIRB approval.Figure 1: http://ml.globenewswire.com/Resource/Download/740dba02-b471-4e35-9bbe-5c24ef29fcf7 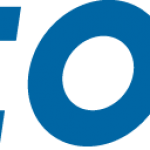 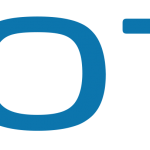