Healthcare: Dealing with an Aging Ontario 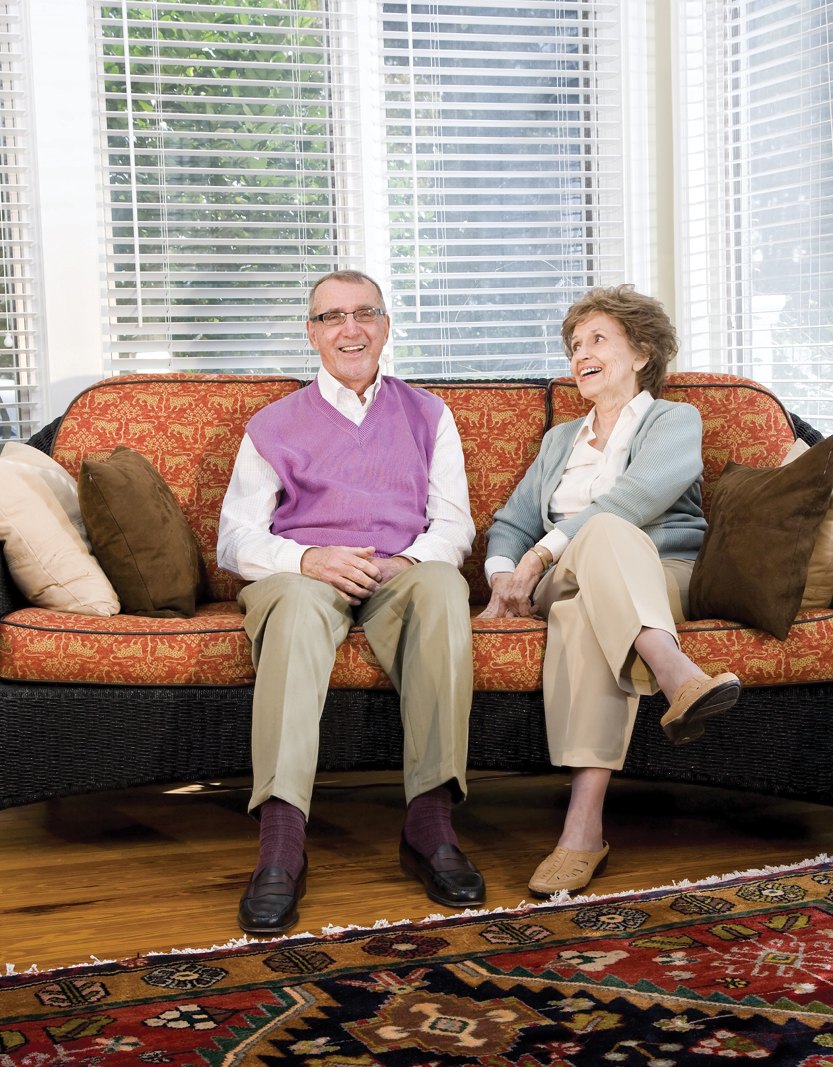 Life expectancy amongst Canadians, including those in Ontario, continues to rise with the advent of enhanced medical services, but with it comes an increased responsibility of tending to an older demographic.

According to a report by the C.D. Howe Institute, Ontarians carry a $1.4 trillion fiscal burden – the higher tax bill for increased healthcare costs over the next half-century – and should prepare now for the coming demographic squeeze. For more on that specific topic, you will find lots of interesting information in the report titled “Managing Healthcare for an Aging Population: Does the Demographic Glacier Portend a Fiscal Ice-Age in Ontario?” by authors Colin Busby and William B.P. Robson.

Numerous surveys indicate many Canadians are concerned that the healthcare system is not doing enough to prepare for the inevitable onslaught of an aging population. The Canadian Medical Association reports that women, as well as Canadians aged 34 to 54, and those already caring for an elderly person, are the least confident that hospitals and long-term care facilities will be up to the task. There have been numerous calls for substantial healthcare reforms to ensure Ontarians and Canadians are suitably covered.

Ontario has made significant progress in healthcare in recent years. This is due in part because the current health accord invested more vigorously in strategic reforms such as wait times and access to care, which have always been a bone of contention for many citizens. Ontario is considered a national leader in reducing wait times and 94 per cent of Ontarians now report having a family doctor. However, much more still needs to be done. Added to that, the 10-year federal health agreement expires this year requiring a new set of rules and regulations moving forward.  Seniors in Ontario account for about 14 per cent of the population but 44 per cent of healthcare spending, a statistic that shouldn’t come as a big surprise.

The Better Care Faster Coalition, which includes organizations such as the Ontario Hospital Association, Ontario Medical Association and Ontario Gerontology Association, issued a report detailing how advancements in medical technology will be front and centre in helping to prepare for the aging baby boomer demographic and the increased need for medical attention as the years go on. For many seniors, remaining in their home is of utmost importance, but as they continue to age it’s undeniable that they require increased support to be able to do it.  Home care, including shopping, cooking and assistance with personal hygiene, can allow the elderly to maintain their independence for as long as possible and remain healthy.

A panel of healthcare experts were on hand at The Toronto Region Board of Trade to discuss the many hurdles that need to be overcome and how governments, the medical profession, business and individuals must all be a part in finding a solution. The expert panel included Ontario Minister of Health and Long-term Care Deb Matthews; Dr. Samir Sinha, Director of Geriatrics, Mount Sinai Hospital and Provincial Lead, Ontario’s Seniors Strategy; Susan Eng, Vice President, Advocacy, Canadian Association of Retired Persons (CARP); and Richard Rudderham of BMO Financial Group.

“We really do need to transform our healthcare system, particularly how we care for people as they age if we want to protect universal healthcare,” Matthews says. “We’re going to have twice as many seniors 20 years from now as we do today. The number of people over 90 is the number that really captures me because I know there’s a difference between a 65 year old and an 85 year old when it comes to healthcare.”

Thanks to the many advancements in medical science, Ontarians and Canadians are living longer with more complex health conditions that must be recognized in the circle of care.

As a lead on seniors’ care, Dr. Sinha has provided the Ontario provincial government with 166 recommendations on improvements.

“We’ve moved on many of the recommendations,” Matthews declares. “The most important piece of the transformation is focusing on getting people the right care, the right time and the right place. Too many people go into long-term care before they need to; too many people are in hospital when home would be better for them and the system, so that focus is huge.”

Substantially increasing the level of community engagement is something that is also being touted as a ways and means to improve the healthcare system, even if on a secondary level. Added to that is the increased level of para-medicine contributors, putting paramedics to work which has yielded incredible results in a number of circumstances.

“When we talk about the aging of our population it affects all of us because if we play our cards right we will become older Ontarians one day,” Dr. Sinha says.

From a sociological perspective, if you were born in Ontario in 1900, life expectancy was 51 years of age. Today, life expectancy is 81.  As the famous quote states: “aging is not a disease, it is a triumph.”

“When you think that we’ve extended our life expectancy from 51 to 81 years of age, that’s pretty incredible,” Dr. Sinha continues. “But we also have to remember that when we created our modern healthcare system the average age of a Canadian when we founded Medicare in this province was 27 years of age; the average age today is about 47.”

Medical science has served a benefit that allows people to live longer, but now that we’ve got them living longer, the next obstacle is to find a way to have seniors living with a higher standard of healthcare living in their advancing years.

Until 50 years ago it was a standard routine. You grew up, you worked and then you died soon after that. It kept the healthcare state solvent.

“Now that Medicare is seen as an innate right for all Canadians it reminds us that we have a system that we’ve come to love and something that we’ve come to appreciate,” Dr. Sinha says. “When we think about how to meet the needs of an aging population we have to recognize that we are going to be aging, so how do we better meet those needs.”

The reality is that more Ontarians – and Canadians – are going to be entering what is also known in the world of sociology as “the third age”. Not just about childhood and working, but now if you’re lucky enough to make it to 65 in our society, you are guaranteed another 20 years of life expectancy ahead of you (according to the statistics). What are you going to do with all that time spent in retirement? Double the number of Ontarians today have opted to stay in the workforce beyond age 65 compared with a decade ago, made possible with the abolition of mandatory retirement.  Some work out of financial necessity; others due to immense boredom sitting at home.

From a business perspective, we also need to think about poverty. Back in 1977, 33 per cent of older Ontarians were living in poverty. But with a pension program with a guaranteed income supplement that number has significantly decreased down to as low as 2 per cent in 1995; it’s now sitting at about 8 per cent, so work needs to be done to reverse the trend. About 25 per cent of retiring Canadians are doing so while still having mortgage payments to contend with.

“We know that many older Ontarians are living healthy and active lives but 10 per cent account for 60 per cent of our healthcare spending amongst all older Ontarians,” Dr. Sinha says. “That’s the burden of chronic disease interacting with a healthcare system that wasn’t designed to meet the needs of an aging population with chronic illness.”

Developments in new medical strategies have been undertaken in recent years by the likes of Dr. Sinha, through support from the provincial government. Dr. Sinha says it was an opportunity to dialogue directly with thousands of Ontarians who faced a number of different healthcare challenges in their everyday lives.

Susan Eng, Vice President, Advocacy, at the Canadian Association of Retired Persons, has had a long and distinguished career, with much of it in the public spotlight. A very successful businesswoman, Eng believes it is critically important that the views of the seniors themselves be heard as part of the process of transforming the healthcare system.  She now carries the torch for those older citizens, speaking on their behalf.

According to figures from CARP, depending on how poverty among Canadians over 65 is measured, the estimates range from 200,000 to 300,000 people. The Organization for Economic Cooperation & Development (OECD), which uses median household income to determine the poverty line, estimates that 4.4 per cent of Canadians over 65 – almost 200,000 individuals – live in poverty. Using the Low-income Cut-off (LICO) as a measure of poverty, about 7 per cent of Canadians over 65 are living in poverty, or 300,000 individuals – almost equal to the entire population of Torontonians over the age of 65.

Ontario is home to 1.7 million people receiving Old Age Security (OAS). Of that group over 475,000 Ontarians receive Guaranteed Income Supplement (GIS) benefits. Eligibility for GIS is based on a maximum income, other than OAS, of $15,888 per year for an unattached person over 65 and $20,976 for a married couple.

“The OECD says we are not doing so well,” Eng says directly. “You’ll hear politicians saying our poverty rates after so many years is only 5.4 per cent, now we found out it’s really about 7.2 per cent. Our own numbers actually have higher rates.  People may say it is single digits, so what’s wrong with that? Well, that’s still 388,000 Canadian seniors who are living in poverty, which is nothing to be proud about.”

There are some income support mechanisms in place but it’s time to look at the long term.  Income security is part of the social determinants of health. But with the province of Ontario already in debt up to its ears, finding an affordable method of improved healthcare will be challenge No. 1. if any of Dr. Sinha’s 166 recommendations are to take full effect.

“We actually provide better care for people at lower cost when we do it right,” Minister Matthews responds. “Whether it’s because we are avoiding multiple or unnecessary diagnostic testing, whether it’s an issue of overprescribing or whether it’s about caring for people in a long-term care home instead of their own home, we actually spend less money caring for people appropriately – and that’s the magic of it.  We are in time of very limited increases of funding for healthcare. We’ve had to be tough in other areas so that we can invest more in home care.”

The goal is to keep as many aging Canadians independent without bankrupting the province.  Several aspects need to take primary focus for this to be achieved.

“One of the biggest commitments that we’ve really focused on in our report is about shifting that care towards having it closer to home and often the economic argument around that is that’s actually going to be a major part of creating our system’s sustainability,” says Dr. Sinha. “To build a long-term care bed in Ontario is $150,000 just to build the bed and $47,000 for the taxpayer contribution. It’s a quarter of that cost alone to provide home care. It means staying at home close to a supportive housing building or right in the same building.”

The good news for people such as Dr. Sinha who are championing the cause is that even although the healthcare budget has only risen by less than 2 per cent, the home and community care budget went up by 6.2, which represents a $250,000 increase. It’s those types of wise strategic investments that will prevent Ontario from bankrupting itself and also allow more people to receive the specialty care that they require.

“We’ve had a good start compared with many other places,” Eng says. “However, I will say that there are things we have to do better to the extent that people want to live in their own homes as long as they can in dealing with their medical challenges.” 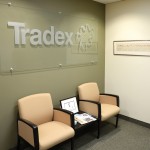 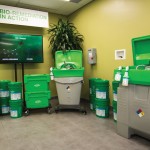