Mayor Greeley puts it one way. “Corner Brook has always been a wonderful spot to live. When I first came here in 1981, I always said that if I had the opportunity to come back here to work, I would take it in a heartbeat, and I guess that opportunity presented itself. It’s the amenities here and the lifestyle that are truly second to none.” “It’s a great spirit with a great volunteer community here. We have hosted the Canada games here, world broom ball championships, and we have hosted successive world cup triathlons (eight, no less) and a world cup Duathalon championship. For a small city of 20,000, we certainly held our own on the international and national stage. All these things lead to a quality of life that
is second to none in the province.

The City of Corner Brook is Newfoundland’s big Little City and it is undergoing significant civic development of its amenities to reaffirm and strengthen its role as the administrative, educational, judicial and financial centre of Western Newfoundland. In 2009, the government of Newfoundland and Labrador initiated a massive provincial infrastructure project totalling $1.6 bil lion, providing significant stimulus to the economy of the province as a whole, and Corner Brook specifically.

The new long-term care facility for Corner Brook, opening spring 2010, will bring quality of life for Newfoundlanders on the west coast. Premier of Newfoundland and Labrador, Danny Williams, announced this project “demonstrates our continued commitment to enhancing long-term care services for seniors in the province.” The advanced building will have improved energy efficiency in the building structure itself, and there will be a ground source geothermic energy system that will provide up to five kilowatts of heat for every one kilowatt of electricity used in the powering of the system. This building is a model environmental sustainability for the province the country—something else of which the community can be very proud. And in what is one of largest single infrastructure projects the province has hosted in years, the new Western Memorial Regional Hospital is also in the design phase, will be opening in 2018 and will feature state the art health care technology and represents further long-term investment in the region.

The 50 year old City Hall was showing every year of its age, so the construction of a new City Hall was the perfect platform on which to showcase the city’s community spirit. In a plan that is congruent with their green initiative, architect John Hearn worked with the city to design a building that was in keeping with the heritage of the city while representing the new priorities of the 21st century. Says Mike Dolter, Chief Administrative Officer of the City of Corner Brook, “Hearn’s vision was to create a true community centerpiece were you have the library attached to City Hall, bringing everybody in. He saw the outside of the building as being equally as important, so he integrated and designed a plaza that transitions into memorial square for the veterans. It is a beautiful area. We are looking at upgrading the museum (which was the courthouse at one point), so John integrated the outside alley wall to be the inside of the foyer of City Hall.”

The new City Hall, opening 2011, will have a geothermal system to heat and cool the building, and this is fairly new to Newfoundland. The window technology is state-of-the-art, and it will be the first building on the island to bring in green roof technology which will add to the insulation and cooling values of the roof. Another feature of the City Hall is a software technology called “Windows on the World”, which measures the greenhouse reductions and efficiencies of the building and displays them in real time for visitors to the foyer of the building. “It brings the focus to where we are as a community,” says Dolter.

To accommodate the status of Corner Brook as the major regional centre, there is a movement afoot to grant university status to their local college, Sir Wilfred Grenfell College (SWGC). The movement is gaining considerable traction and is backed by the Premier, the Mayor and education ministers (currently, the college is governed by the Memorial University of Newfoundland, or MUN). “The city is in full support of autonomy. We see the university and autonomy as a positive thing. The economic spin-off and multipliers that come out of the increased role and faculty in partnering with the public and private sectors would be substantial,” says Dolter. The designation of University for Sir Wilfred Grenfell College would mean that students from the western region of Newfoundland would not have to travel to MUN in St. John’s to finish degree, as SWGC has 16 degree programs. The University designation would mean that SWGC will be able to plan further development and more programs that will attract more students from other areas outside Western Newfoundland.

In June of this year, the construction began (designed, again, by Hearn’s firm) on a new academic building project for the college, to accommodate
more students.

“We are putting together an integrated community sustainable plan, and we are looking to attract young professionals by providing the amenities and opportunities they need to provide for a good life. We have seen, in recent years, a lot of professionals are coming home. They say ‘I love Corner Brook and that is where I would prefer to be.’ The more opportunities we can provide for them, the more we will see an increasing number of people returning.”

More recently, on December 17, 2009, the Provincial government announced further initiatives which would increase the independence of SWGC. The Honourable Darin King, Minister of Education, came to Corner Brook to announce additional capital investment as a sign of their commitment to the city. “Grenfell has already proven that it is capable of great things and this is an opportune time to build on its current success,” said Minister King. “This government firmly believes that post-secondary education is the key to the economic agenda of the west coast and the province. To supportits growth, we are also announcing today an investment of $6.5 million for Grenfell.” Minister King noted that this represents a 38 per cent increase in the operating grant for Grenfell. This will bring the new investment in 2009-10 to $4 million, an additional $2 million in 2010-11, followed by an additional $500,000 in 2011-12.

I would be remiss if I were to neglect to mention the fun to be had in Corner Brook in the winter. After all, it’s not just civic-mindedness that’s going on over there. Corner Brook has one of the best winter carnivals on the go. “We have great winter activities we have 10 fun-filled days of winter carnival, the second-biggest carnival in Canada, next to the Bonhomme Carnival in Quebec City,” says Mayor Greeley. The precipitous powdery snow (17 feet average) that falls on Corner Brook (during more weeks of the year than anyone cares to reflect upon) does not go to waste. The largest alpine ski resort in Atlantic Canada, Marble Mountain Ski Resort, is steps away from Corner Brook. The residents of Saint Jovite might not be so ready to suggest it is the best skiing east of the Rockies, but I’m not shy to proclaim it,. “Where most communities are hoping for no snow, we are praying for it,” says Mayor Greeley. He continues, “The resort provides an anchor of winter activities for residents and is a main draw for winter tourism. There are hundreds of kilometres of cross country ski trails, thousands of kilometres for snowmobile trails— just the whole winter experience brings Corner Brook alive in the wintertime.” It’s been a true pleasure to be able to speak to a few residents of Corner Brook and have them share with me their pride in their city. I hope to visit sometime soon. I already feel welcome. 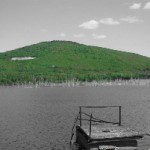 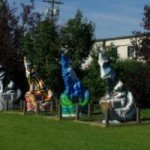