WWF-Canada applauds today’s release of the revised 2021 Nunavut Land Use Plan by the Nunavut Planning Commission. It’s the biggest land-use plan in the world, covering over 2 million sq. kilometres, and is a requirement of the original Nunavut Agreement from 1993 that created the territory.

In progress since 2007, the NLUP is now entering a final review process. Once passed into law, it will impact Canada’s international commitment to conserve 30 percent of the country’s land and oceans by 2030 while helping manage economic development in Nunavut by clarifying which areas are open to oil and gas exploration and mining companies, and which are closed.

The new draft includes increased limited-use designations (previously called “protected areas”) that benefit species such as barren-ground caribou by safeguarding their calving grounds year-round and limiting ice breaking along the critical migratory pathway of the Dolphin and Union caribou herd. (Barren-ground caribou herd populations across Nunavut have declined drastically in recent years, with some herd numbers dropping by as much as 96 per cent since the 1980s.) It also includes protections for many more walrus haulouts across Nunavut, establishing clear guidelines for ships to avoid these important areas where walrus are vulnerable to disturbance.

This 2021 draft also incorporates increased input from the Spence Bay Hunters and Trappers Association in Taloyoak, with the entire 45,039 square kilometre terrestrial area of Aviqtuuq (or Boothia Peninsula in English) now designated as an area of limited use. This is a significant step toward the community’s vision of an Indigenous Protected and Conserved Area that can protect caribou calving grounds, polar bear denning areas, and other areas of cultural importance from industrial development while improving Taloyoak’s economic well-being and food sovereignty.

WWF-Canada has contributed to this planning process for over a decade by funding scientific and Inuit-led research into important wildlife habitats, supporting community involvement in NLUP consultations and helping facilitate talks between stakeholders.

“The continued inclusion and expansion of critical barren-ground caribou habitat and calving grounds as areas of limited use in the 2021 draft of the Nunavut Land Use Plan signals clearly what communities in Nunavut have been saying for years — that these areas should be off-limits to development,” says Brandon Laforest, Senior Specialist, Arctic Species & Ecosystems at WWF-Canada. “We also congratulate our partners in Taloyoak for the inclusion of the terrestrial portion of the proposed Aviqtuuq Indigenous Protected and Conserved Area as an area of limited use in the new draft.”

The draft NLUP now enters a critical period of review and consultation before becoming law, during which many areas slated for limited-use designation remain at risk for development. Interim protection measures have not been put in place, despite calls from WWF-Canada for their implementation.

During this time, it’s essential to continue to listen to and document feedback from communities and Hunters and Trappers Organizations on the finer details of the plan. WWF-Canada remains committed to being an engaged and respectful planning partner, working with all stakeholders to see this critical document through to implementation.

WWF-Canada creates solutions to the environmental challenges that matter most for Canadians. We work in places that are unique and ecologically important, so that nature, wildlife and people thrive together. Because we are all wildlife. For more information, visit wwf.ca. 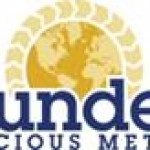 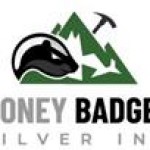