With 150+ franchises already operating throughout Canada and the United States, overseas expansion was the next step for growth and impact. The Vancouver-based franchisor has been named the 50th best franchise system in North America, the fastest growing in its category and was recently acknowledged as one of Canada’s most admired corporate cultures.

“Countries around the globe are experiencing the same rapidly growing population of seniors as we are in North America,” says Cathy Thorpe, President and CEO of Nurse Next Door. “We’re excited to leverage the tremendous success we’ve had domestically and start impacting the lives of seniors in Australia and across the globe.”

Australia’s health system, like those around the world, is struggling to keep up with the demands of an aging population. Biesse and Fitton will launch the initial Nurse Next Door location in Melbourne, Australia before expanding through a franchise model in the coming months.

“Having been entrepreneurs for the better part of our careers, Amber and I are excited to bring Nurse Next Door’s award-winning senior care to our home market,” says Fitton. “From its bold and vibrant brand to its focus on Happier Aging, we fell in love with what Nurse Next Door was doing in North America. We know this is a concept that can thrive in Australia and one we are proud to be part of.”

Nurse Next Door–which launched in 2001 and began franchising in 2007–is preparing to add 3 more countries to its system within the next 12 months. Company leaders will focus on finding the right partners to represent the brand in each new country.

About Nurse Next Door

Nurse Next Door Home Care Services is one of North America’s fastest-growing home care providers. Founded in 2001, the company offers a full spectrum of in-home care services, ranging from a few hours-per-week of caring companionship, to 24-hour palliative care from a registered nurse. With a focus on ‘Happier Aging™,’ Nurse Next Door believes seniors can stay at home and continue to do all the things that they love.

With more than 150+ locations across North America, this Canadian company is fast becoming a globally admired brand. As an employer, it has been ranked among Aon Hewitt’s Best 50 Small and Medium Employers, BC Business’ Best Companies to Work For, one of Canada’s most admired cultures and Achievers’ 50 Most Engaged Workplaces. The company has also garnered numerous business awards including placing top 50 on Entrepreneur’s Franchise 500 list, and being named the fifth best mid-sized franchise system in North America by Franchise Business Review. To learn more about Nurse Next Door, visit www.nursenextdoor.com. 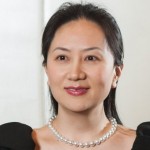