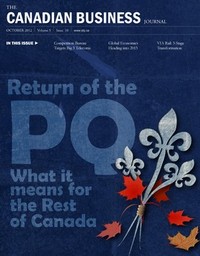 The resurgence of the Parti Quebecois in La Belle Province should be a wakeup call that the objective of separation is anything but a distant memory for many Quebeckers. No sooner had the ballots been counted when the PQ arrogantly took down the Canadian flag as its first measure of business at the Quebec Legislature. The maple leaf obviously flies in the face of everything the PQ stands for – secession from this country. No doubt there were many annoyed citizens who simply made the voting switch because they wanted change. But when all the ballots were counted, the election results were much closer than the polls had been predicting. In fact, the PQ earned just a four-seat advantage over Jean Charest’s Liberals, but nonetheless it’s Pauline Marois who is now in the catbird seat.

If there’s a positive to be taken from this election it’s that Marois has sparse choice but to stick clear of any weighty pressures being applied to the thorny issue of sovereignty because of her party’s minority status in the legislature. Instead, the PQ will need to centre its attention on policy and governing, such as managing the province’s economics and tackling the continuously growing massive debt. It will definitely test their resolve. The PQ trying to remain focused on governing – rather than sovereignty – will be akin to watching a salivating Rottweiler continuing to ferociously chew on a stinky old sock – when all the while there’s a big juicy steak bone right within sight. Oh, the temptation to pounce. Sacrebleu!

Speaking of arrogance, we have The Big Three telecoms; each being sued to the tune of $10 million by the Competition Bureau for not doing enough to prevent unsuspecting customers from having the wool pulled over their eyes relating to alleged false advertising about hidden fees. I know I’ve been left scratching my head as to what some of those nonsensical terms are describing. All of them have adjoining dollar signs that get added to the final grand total; that much I do know.

The U.S. election campaign is now in its final full month. To those who say this race has been the dirtiest ever, I say poppycock! Some people must have short memories. Nastiness in presidential election campaigns is as American as apple pie. The 2012 edition has been no different.

Last month in this space I asked whether Canada Post is still relevant. Among the email responses was one from that very same Crown corporation in Ottawa. They are offering an executive from Canada Post to be interviewed, who would like the opportunity to convince us as to why it will remain relevant through transformation. We’ll get that scheduled and also elicit a high-profile opinion from the opposite side and let you decide. 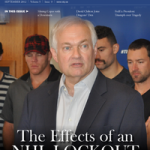 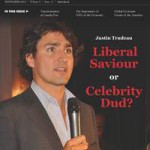