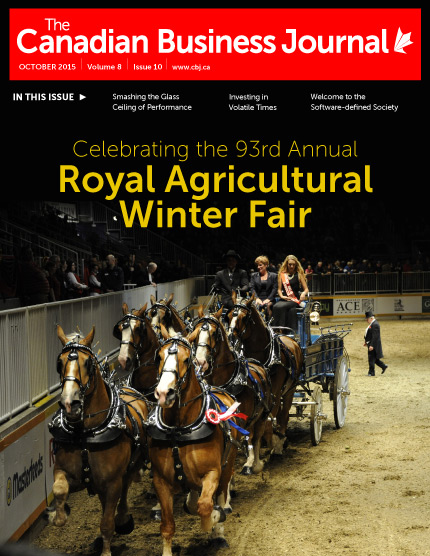 The agriculture industry is a vital component of the Canadian economy and for that reason we decided it was an excellent time to highlight one of the most prestigious and regal international events in this sector – The Royal Agricultural Winter Fair. Each November this not for profit international extravaganza attracts visitors from all over the world, who are treated to a number of marquee events, feature attractions and educational programs like nowhere else. Among other things, it’s an opportunity to see more than 6,000 agricultural animals as well as the FEI World Cup equine horse show.

Also on the theme of agriculture we visited Canada’s Outdoor Farm Show in Woodstock, Ontario and were absolutely amazed by the size and scope of the event. We held an indepth conversation with President Doug Wagner who, along with the late Ginty Jocius, has built this three-day event into something that has gained international recognition. The farm equipment, with all the technological bells and whistles, is nothing short of astounding.

Waterloo, Ontario is one of the main tech hubs of the country and that position is being further solidified by two industry giants that are expanding their presence in the region. Shopify, which went public this year and is valued at $2.75 billion, is planning a major expansion. Meanwhile Google is moving into a new 185,000-squarefoot space in Kitchener this fall, which is three times the amount of space of its current location. All this is happening while former tech darling BlackBerry continues to trip over itself as it desperately continues down a new business path to alleged prosperity under John Chen.

Toronto’s decision not to bid on the 2024 Summer Olympics was a wise one. First and foremost, the city had virtually no chance of winning. At no time in history has the Olympics been held outside of Europe for three or more consecutive Games. In 2016 the Olympics are in Rio, Brazil (South America) and in 2020 they will be hosted by Tokyo, Japan (Asia). In 2024 a city in Europe is all but guaranteed to be chosen. The International Olympic Committee is exceedingly Euro-centric and that’s where the most influential voting members are located. I don’t believe it’s sensible for Toronto to be bidding at all, but if the city actually hoped to win, the more astute plan would have been to hold off and try to land the 2028 Games, which legitimately could be awarded to a North American city. Los Angeles – are you listening?

Did you know?… Switching out the U.S. $1 bill for a $1 coin would save the American treasury about $4.5 billion in 30 years. Coins have a much longer lifespan and the cost of printing paper bills is astronomical. It’s the main reason why Canada eliminated the $1 and $2 banknotes in 1987 and 1996, respectively. 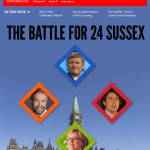 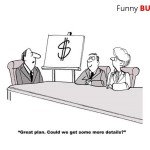