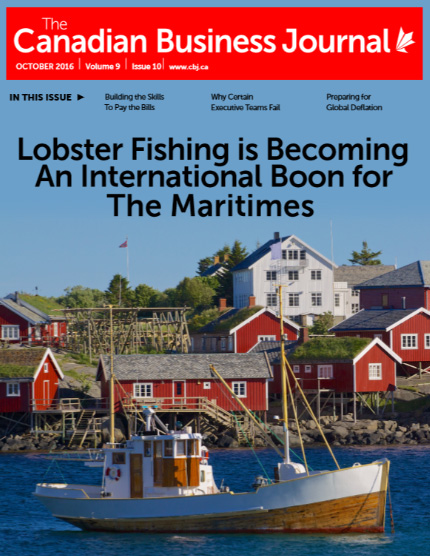 Lobster fishing has never been more robust in the Maritime Provinces than now. The long-standing industry has consistently fared exceptionally well here in Canada and with sales into the U.S., but now it’s finding a new burgeoning market in Asia – and in particular, China. Because the demand is so sharp for the tasty crustaceans, the price-point has more than doubled from five years ago for the fishermen and greatly enhanced the provinces’ GDP. It’s also given a huge bump to the boat-building business. Many of these prodigious new fishing vessels cost upwards of $500,000.

With such a massive divide in the U.S., it’s obvious the next president will be elected based on whether the majority of American voters truly want wholesale change in Washington vs. those who want to stay the course. Many view the latter option as the safe, sane and most stable choice. Many others, however, are frustrated to the point they are ready to try anything else, believing that the traditional route has morphed into a downward spiral of mediocrity and insecurity, which has heightened their level of anger and fear. Regardless of which side one believes is the better option, this entire lengthy sordid public affair has unmasked the immense divide regarding how to tackle major cultural, security and economic issues. Proof is how closely split the polls are at this late stage. The U.S. is a fiery political volcano that could erupt at any time. People can blame Donald Trump for bringing people’s molten lava anger to the surface, but not for putting it there. This nasty disconnect has been ingrained just under the surface for a very long time, and that is the far deeper, more troubling aspect that needs to be addressed over the long term.

The recent announcement by Rogers that four of its well-known magazines are no longer going to be printed as of January is yet another major blow for the once mighty print media industry. Several of its other publications are still scheduled for print runs, albeit on drastically reduced scales. The wave of advertisers and readers who have migrated from traditional print media to online is now at the point of no return. Change can be daunting but it’s a constant in all walks of life. We can either embrace change or get left behind in the recycling bin.

Up to 500 million Yahoo user accounts were potentially compromised when hackers successfully accessed internal servers with the ability to steal personal information. While security can never be 100% foolproof, that number could have been substantially lower if account holders had taken more stringent precautions. Yes, Yahoo is largely to blame for allowing hackers into the front door. However, accounts with passwords such as 123456 or ABCDEF or 111111 will be decoded by the automated hack-bots in a matter of seconds. Any system can be beaten, but hackers will always look for the most vulnerable, easiest access points – and apparently there are lots to select from. 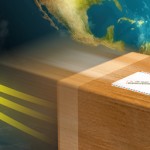 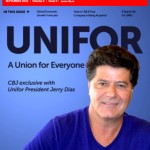