CBJ – The Organization for Economic Co-operation and Development is of the belief the Bank of Canada will start raising its key interest rate next spring.  If that’s the case, it would be about six months prior to what most economists are currently predicting and what the bank itself has been leading us to believe.

In the OECD’s twice-annual Economic Outlook the international economic policy and research body argued that Canada’s low 1% central bank rate designed to stimulate the economy “will need to be gradually withdrawn to counter inflationary pressures,” as its economy grows toward reaching its full output capacity.

But most economists don’t expect the first Canadian rate increase until the fourth quarter of 2015, based on the signals central bank officials have been giving in recent months. 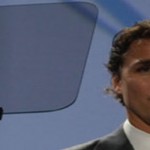