TORONTO, April 22, 2021 (GLOBE NEWSWIRE) — There is overwhelming support for mandated paid sick days, as confirmed by polling data released today. The poll found that 83 per cent of Ontarians believe “governments should make all employers provide paid sick days for all employees,” with strong support from 64 per cent of the majority.

“Amidst a catastrophic third wave of the COVID-19 pandemic, it is clear that there is an urgent need for legislation that provides permanent, adequate, and universal paid sick days,” said Patty Coates, Ontario Federation of Labour President. “Ontarians overwhelmingly agree that paid sick days are a common-sense public health measure that keep people safe during COVID and beyond.”

The expression of outrage across Ontario following Premier Ford’s disastrous press conference on Friday, April 16 demonstrates that support for paid sick days has likely grown even stronger since this Stratcom poll was conducted March 17 – April 1.

In addition to shifting public opinion on paid sick days, the poll also found increased support for public services, support for a tax on large corporations that have profited from this pandemic, and a need for major changes to social and economic policy. “The COVID-19 pandemic has highlighted major inequities and exposed the devastating impacts caused by years of chronically underfunding public services,” said Coates, “we know we can’t go back to the way things were before – we need to build an Ontario that keeps everyone healthy and safe.”

As Ford’s Conservative government scrambles to finally put together a plan that responds to the call for paid sick days, the Ontario Federation of Labour reiterates the urgency of this measure, “we endorsed Peggy Sattler’s Bill 239 – which was defeated by Conservative MPPs – because, in addition to permanent paid sick days it would guarantee 14 additional days in a pandemic,” said Coates, “that’s what we need right now: legislated paid sick days that are permanent, adequate, employer-paid, and universal.” 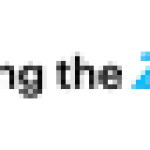 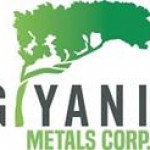