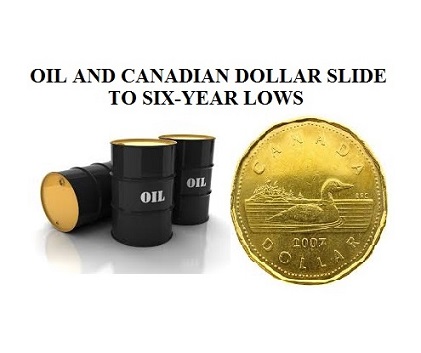 CBJ — The price of a barrel of oil has hit another six-year low and it’s dragging the Canadian dollar along with it for the perilous ride.

A barrel of crude is now trading just below $36, having lost another 80 cents on Friday. In February 2009 a barrel of West Texas Intermediate bottomed out at $33.98.

The Canadian dollar was also dragged down in the process, dipping as low as $72.95 on Friday morning before recovering somewhat to hover just above the 73-cent level, which is its lowest since May 2004 when it sunk to 71 cents U.S.