CBJ — Oil prices have moved up on expectations that OPEC members Saudi Arabia and Russia will curb supply.

However, market sentiment remains weak on signs of a demand slowdown amid deep trade disputes between the world’s two biggest economies, the United States and China.

The U.S. is now the largest producer of oil, choosing to use its own oil rather than pay exorbitantly high prices from OPEC countries.  However, the U.S. has taken a lot of criticism as a great deal of its production comes via fracturing methods of drilling through heavy rock with high-pressure water.

OPEC is pushing for the producer cartel and its allies to cut 1 million to 1.4 million barrels per day of supply to adjust for a slowdown in demand growth and prevent oversupply. 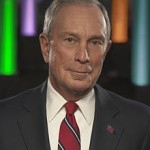