Investigations into the attack are ongoing, but there is still no evidence that customers’ personal information was compromised as a result of the attack. Should findings dictate otherwise, Olympia will notify the impacted customers immediately.

Olympia would like to acknowledge the long hours and tremendous effort made by Olympia’s IT employees and consultants over the past week, and thank them for their dedication and professionalism.

While operations were affected, Olympia’s dedicated staff managed to maintain many basic operations throughout the previous week, funding both RSP investment transactions and Foreign Exchange trades through Olympia Trust Company, a wholly owned subsidiary of Olympia.

Olympia remains committed to utilizing all available means to protect its business operations and customers’ personal information. Olympia will continue to invest in its information technology systems and security to detect and minimize the risk of unauthorized activity in this age of ever growing highly sophisticated information security threats.

OFGI’s common shares are listed on the Toronto Stock Exchange under the symbol “OLY”. 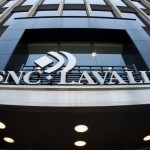