Gimli, Manitoba, June 09, 2021 (GLOBE NEWSWIRE) — Aurora Recovery Centre is once again bringing in the right people at the right time.

The Gimli, Manitoba-based facility is welcoming one of the world’s leading experts in trauma therapy to its team of senior consultants.

O’Flaherty’s list of accomplishments is substantial. From humble beginnings in Ireland, she joined the aviation industry in the early 1970s, and helped start Pan American World Airlines’ first Employee Assistance Program. She went on to create Crisis Response Teams for other airlines.

O’Flaherty has been front and center in helping the families of loved ones lost or injured during some of the world’s most devastating events. She managed oversight of the counseling response for families and airline employees of the 1988 Lockerbie bombing of Pan Am Flight 103, which killed 270 people. O’Flaherty and her Trauma Response team of volunteer airline employees were activated in the aftermath of TWA’s flight 800 that exploded over Long Island Sound in 1996, killing all 230 on board. O’Flaherty also helped victims and families after the horrific events of 9/11, and again in her hometown of Las Vegas, following the mass shooting in 2017, and once more, earlier this year in the Boulder, Colorado shooting.

She has been saluted by first responders and law enforcement organizations, including the FBI, for her exceptional service in the public interest.

Her ability to train others to help those dealing with trauma is second to none. But she is also a legend in the field of addiction treatment.

Among her clinical accomplishments, O’Flaherty is a former Vice President of Treatment Services at the renowned Betty Ford Centre (2006-2013) and was CEO of the Las Vegas Recovery Centre. With a doctorate in Philosophy in Clinical Psychology, to go along with a master’s degree in Clinical Depth Psychology and a Bachelor of Science degree, O’Flaherty has received training from many of the most prestigious halls of learning around the world, including Betty Ford, Hazelden, Rutgers School of Alcoholism Studies, the Johnson Institute, and the South Oaks Hospital Institute of Alcoholism Studies.

Recently, she led a month-long trauma training exercise with Aurora Recovery Centre staff. O’Flaherty said the interactions with her students during the Aurora sessions made it easy for her to make the decision to come on board in a longer, more hands-on approach when Steve Low introduced the idea.

“I spent quite a bit of time with them over training on Ancestral Trauma and Addiction. I saw the passion. I saw the beauty that collectively their staff have to offer,” said O’Flaherty.

Given the growing importance of understanding how trauma and substance use are intertwined, having O’Flaherty’s to lean on on the consulting team was a natural fit, says Low.

With 43 years of abstinence in her own personal recovery from substance abuse, O’Flaherty commended her peers at Aurora for the direction they are heading.

“It is very futuristic of Aurora’s leadership to understand the need for their treatment centre and their staff to be trauma informed,” said O’Flaherty. “While Steve Low and I, and many others at Aurora, are certainly elders in the field, hopefully we are not having the same approach to treatment that we were 30 years ago,” says O’Flaherty. “We have learned a lot.”

The timing of Aurora’s announcement is not lost on the centre’s leaders.

June is National Indigenous Awareness Month in Canada. As the nation, and indeed the world, comes to terms with the recent heartbreaking findings of the remains of 215 children at a former residential school site in Kamloops, B.C., “It cannot be understated how important trauma work will be for many affected by this tragic story,” said Low. “Having Johanna to lean on and to help guide our clinicians can only help open paths to healing for all our patients experiencing trauma,” he said. “It takes time, empathy, and processing. But we need to start somewhere in order to heal, and Aurora is grateful to be able to offer ourselves as a compassionate place for this process.” 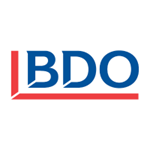