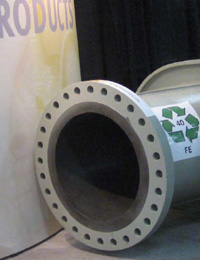 A clear signal of times ahead was the booming success of the 9th Annual Athabasca Oil Sands Conference hosted in Edmonton, Alberta. This year’s conference highlighted operating and producing companies, service and supply firms talking about project updates, technologies and innovation.

The conference was also a forum for discussion on pertinent issues facing oil and gas this past year and beyond.

Attendees were treated to keynote speakers focusing on economics and regulatory issues, environmental advancements and the changing perceptions of the oil sands in the international market. On the first day of the speaker conference, Simon Raven of Oilsands Quest, Robert Bailey from Excelsior Energy and Chris Bloomer from Petrobank Energy and Resources covered In Situ Processes and Technologies, followed by speakers from McLennan Ross LLP and the Energy Resources Conservation Board.

Todd Hirsh, Senior Economist from ATB delivered the keynote luncheon presentation. The second half of the day brought presenters from companies in environmental advancements to the podium, and the day closed with the Industry Grand Reception.

Day two of the conference section featured presentations from energy companies who are making it work in the jilted economy by maximizing plant efficiencies and cost reductions.

Probably the most eye-opening presentation from a technology company was the enlightening address made to the audience by Andy Macrae, IBM’s Chemical and Petroleum lead. IBM is leading the industry in oil recovery technology and surely will have the lion’s share of that market when the oil sands boom again. Macrae’s interview with Chief Editor Sara Kopamees will be featured in January 2010 editions of George Media publications.

Wes Scott, Director of the conference, has been working with the host company, Dmg world mediafor ten years, and this was his third year in charge of the oil sands show.

Scott says that DMG has “tried to reshape the oil sands show to make it more than an exhibition”—hence the hefty line-up of A-list presenters and powerhouse corporate speakers. He explains that visitors to the show, especially in a tight market, are looking for the opportunity to learn about new products and technologies, market their own service offerings, but also network with the thousands that are all under one roof at the same time.

The popularity of the oil sands in the media is also a draw for the conference: oil sands are always in the news, and people understand what opportunities are in Alberta.

Surprisingly, the recession has not had an adverse effect on conference attendance. Scott says decision makers come from Calgary to the event, and those looking for new products and technology come from Fort McMurray. “We have to find that balance for attendees.”

The original oil sands show was held in Fort McMurray and was not a large event, drawing about 220 exhibitors and 3,000 attendees. Being in Fort McMurray, however, meant sometimes attendees had difficulty with accommodations and distance.

When the conference was moved to Edmonton, organizations saw an explosion of visitors, with around 500 companies exhibiting and 15,000 attending. The advantages? Edmonton is central for visitors and the city welcomes tourists with a major airport and plentiful accommodations.

This year, Scott expects the numbers to reflect those of conferences past in Edmonton, even during the recession. “None of our events have seen a single negative impact from an attendance side,” he says. “Businesses are looking for technology to reduce costs,” so they are drawn to large shows like the one in Edmonton.

The popularity of the oil sands in the media is also a draw for the conference: oil sands are always in the news, and people understand what opportunities are in Alberta.

Although the oil sands have suffered some negative publicity, things are stabilizing and Scott believes the high attendance at the conference is a good indicator of things to come.

“The industry is starting to swing for us. The oil sands show is the largest of its kind, and it is very specific to oil sands—and the Alberta oil sands are going to be a very hot topic for a very long time,” Scott reasons.

Evidently, 10,000 people lining up to meet oil sands companies at the show this year illustrates Scott’s point perfectly. As the oil sands sector grows (which it surely will) organizers should expect future oil sands conferences to grow in tandem. And large crowds will be waiting to attend those events, hoping to learn about new oil technologies and innovations, well into the next boom.

Dmg world media is a wholly-owned subsidiary of the Daily Mail and General Trust plc (DMGT, www.dmgt.co.uk), one of the largest media companies in the United Kingdom. Dmg world mediawas founded in 1989, and in 20 years has managed exhibitions, conferences and online platforms for many industries in up to 25 countries.

By decentralizing the management and operations of its diverse portfolio of vertical industries, the company maintains the ability to stay close to customer needs in disparate markets that it believes is the key to long-term success. 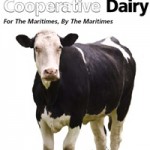 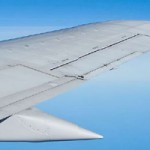