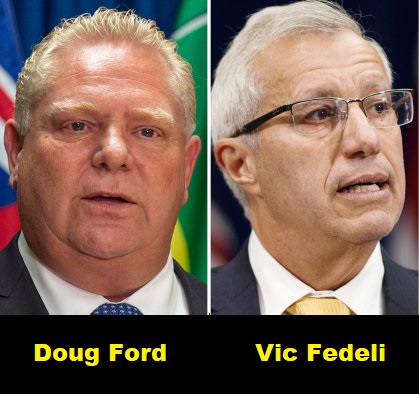 The government has introduced a comprehensive and sustainable plan that sets out a five-year path to a balanced budget to protect critical public services such as health care and education.

The record $163.4 billion budget is about $5 billion more than the final Liberal budget blueprint under former Premier Kathleen Wynne.

“We are restoring sustainability to government finances in order to protect what matters most,” said Minister of Finance Vic Fedeli. “The previous government was spending about $40 million a day more than it was collecting in revenue. Our plan will make every dollar count so we can continue to invest in the critical programs like healthcare, education, and other services that the people of Ontario rely upon each and every day while protecting frontline workers.”

The budget includes no new taxes for residents or businesses. But it does include tax credits and other measures meant to help parents, seniors and business owners.

An Ontario Childcare Access and Relief from Expenses (CARE) tax credit is being implemented, which will provide families with low to moderate incomes up to $6,000 per child under the age of 7, up to $3,750 per child between the ages of seven and 16, and up to $8,250 for a child with a severe disability.

The government is also pledging up to $1 billion over the next five years to create 30,000 new child-care spaces.

As for Ontario businesses, the budget scraps an anticipated 1% cut in the corporate tax rate in favour of a tax credit intended to encourage businesses to make capital investments.

“The 2019 Ontario budget is all about putting people first,” Fedeli told reporters.

In a bit of a surprise move, the government is introducing a host of measures to loosen regulations governing drinking and gambling. Urban voters will soon be able to legally consume alcohol in public parks.

Also on the alcohol front, the Ford government plans to introduce legislation that would also move up the hour at which alcohol can start being served at licensed establishments to 9am. Currently, alcohol cannot be served until 11am. They will also expand the sale of wine and beer to corner stores, big-box stores and more grocery stores.

Other big-ticket budget items include $11.2 billion for transit in the Greater Toronto Area, and $90 million for low-income seniors so they can access dental care.