The Canadian Council for Public-Private Partnerships (CCPPP) voiced its approval for the $28.5 billion in public transit projects announced recently by the Ontario government to help alleviate congestion in the Greater Toronto Area.

“This investment in much-needed public transit will positively transform the City of Toronto and the daily travel experience for all residents, businesses and visitors in the GTHA for decades to come,” said CCPPP President and CEO Mark Romoff.

“With this commitment and ambitious timelines, it is important for the government to get shovels in the ground and start building these projects as quickly as possible. We know that this government is committed to working with the private sector through public-private partnerships to ensure these projects are delivered with the greatest possible value for taxpayers. We look forward to helping move those discussions forward.”

Ontario is recognized as a world leader in the procurement and delivery of infrastructure. Infrastructure Ontario (IO) has played a significant role in that success and its procurement model and track record have become a global standard.

In the past eight years, the P3 sector in Ontario through IO has participated in more than 120 projects worth about $50 billion. This activity supports tens of thousands of jobs in the province each year, makes an enormous contribution to the GDP and has saved Ontario taxpayers billions. Participants in this sector have created specialized expertise that will be invaluable to delivering today’s announced projects.

Established in 1993, CCPPP is a national not-for-profit non-partisan, member-based organization with broad representation from across the public and private sectors. The CCPPP collaborates with all levels of government and Indigenous communities to enable smart, innovative approaches to public infrastructure development and service delivery that achieve the best outcomes for Canadians. The Council is a proponent of evidence-based public policy in support of P3s, facilitates the adoption of international best practices, and educates stakeholders and the community on the economic and social benefits of public-private partnerships. 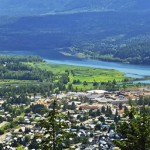 Bill C-48 divides Canadians and Betrays the Promise of Confederation