CBJ — With June 7 fast approaching, the governing Liberals, Progressive Conservatives, NDP and Green Party are getting their final shots in against their opponents while saying how they are the best option to lead Ontario for the next four years.

Ford slammed the NDP for what can only be termed a massive error when the NDP admitted their was a costing mistake in their platform and as a result their math was off to the tune of $1.4 billion.

Horwath attacked Ford for having still not released a full party platform with the election now less than two weeks away.

Questions about funding Ford’s pledges have largely been met with vague promises of finding “efficiencies.” The Liberals and NDP say that just means cuts to public services, but Ford has said his efficiencies wouldn’t result in a single job loss.

Ford and Horwath’s attacks during the debate focused almost exclusively on each other, as polls suggest the two are leading the race to become the next premier. Wynne’s approval rating has now plummeted below 20% and it seems all but certain she will not be re-elected as premier.

Ford maintains that an NDP government would bring economic turmoil, invoking former NDP premier Bob Rae in suggesting businesses will move to the United States. By the time Rae’s government was booted from office in 1995 the province of Ontario was in massive debt. Had it been a private corporation the only way out may have been to have filed for bankruptcy. 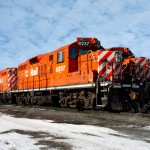