OTTAWA, June 29, 2021 (GLOBE NEWSWIRE) — The Ontario Federation of Labour, which represents 54 unions and one million workers in Ontario has announced a boycott of the Sheraton Ottawa Hotel, 150 Albert St. Ottawa ON, in support of the 70 workers recently terminated by the hotel. The boycott is effective immediately.

“During this boycott, no labour organization will buy products or services from the Sheraton Ottawa Hotel, until the company reverses its callous decision to terminate 70 long-standing employees,” said Ontario Federation of Labour President Patty Coates. “Our solidarity and the strength of our movement is built upon our collective action. Together we are sending a strong message that this employer must reverse its decision to terminate, rather than negotiate, and immediately bargain the recall rights of these workers with their union, UNITE HERE! Local 261”.

In March of this year, management at the Sheraton Ottawa Hotel made the unfortunate decision to terminate 70 employees, many of which are women and racialized workers, despite accessing Federal government supports designed to prevent such actions. Further, they appear to be the only hotel in the National Capital Region of Ottawa taking this type of unwarranted and calculated action against their valued employees, many of which have given decades of service and economic benefit to their employer.

“The boycott announced today is the direct result of the Sheraton Ottawa Hotel’s failure to negotiate recall rights for their employees impacted by the COVID-19 pandemic. A move that would have ultimately cost the hotel next to nothing to do. Instead they chose to terminate a great majority of their workforce,” said Patty Coates.

“Taking the step to institute a boycott is not a decision we take lightly. I encourage every OFL member to join this boycott, to contact the Sheraton Ottawa Hotel, and to join in solidarity and in support of the workers impacted by this unfortunate decision by their employer,” said Coates.

“Workers are the backbone of any business, we will not sit idly by while bad operators take extreme measures against their workers. The actions of the Sheraton Ottawa Hotel’s management and ownership group, Keck Seng Investments, has its consequences.”

To read the letter announcing the boycott, that the Ontario Federation of Labour sent to the Sheraton Ottawa Hotel, click here. To find out more information and to send a message of solidarity and support, please visit https://www.local261.org/supportsheraton70/. 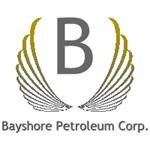 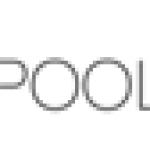