Founded in 1894, the Ontario Good Roads Association (OGRA) is one of the oldest municipal associations in the country. The Good Roads Movement was actually started in the United States when bicycle enthusiasts — wanting to support the burgeoning use of bicycles — joined forces with farmers who were demanding better infrastructure to get their produce to market more quickly. Over time OGRA’s mandate has evolved.

Today, the Association, whose membership includes 426 municipalities (out of a total of 444 in all of Ontario), 21 First Nations Communities and 200 corporate members, works to help municipalities remain informed about the latest issues in the infrastructure sector. OGRA’s mandate involves advocating on behalf of the interests of municipal transportation and works departments, developing reports on emerging issues and ensuring that their members’ interests are considered by other levels of government when legislation is being developed.

An association with a unique perspective

“The board is unique in that it is made up of a combination of municipal politicians and municipal staff. Unlike most municipal associations, our Board members come from both sides of the fence. We have Mayors and members of Council who sit on our board, but we also have senior members of municipal staff and directors of public works as equal voting members. While the political members tend to look at issues from the policy side, the staff members will also look at it from the technical side. It brings a nice balance to the discussion around the table,” says Joe Tiernay, Executive Director.

The province-wide board is divided into five zones: southwest, south-central, southeast, northern Ontario and the City of Toronto.

Two of OGRA’s seven board member meetings are held at their annual conference, which is a joint conference with the Rural Ontario Municipal Association (ROMA). The theme for the upcoming OGRA/ROMA conference, to be held in February 2016 at the Fairmont Royal York in Toronto, is “Municipal Governments; The Value Proposition.” It will feature around 20 concurrent workshops held throughout three days. Keynote speakers will include the Premier of Ontario and various Ministers. The conference is expected to be attended by close to 1,500 delegates.

In addition to the conference workshops, OGRA offers over 60 educational courses for their members throughout the year. Most of these courses are in the area of public works technology and some also deal with winter maintenance and the management of capital assets, such as care of roads and bridges. They also offer leadership courses and various types of administrative courses related to public works, such as contract management and handling litigation issues.

“We train over 3,000 public works officials a year. What’s unique is that our instructors are practitioners, rather than academics. Our students enjoy being taught by people who are actually out there doing the day-to-day jobs. It leads a certain amount of credence to what they’re teaching their students,” Tiernay tells us.

Furthermore, OGRA is supported by a policy and research function that monitors legislation concerning current issues that may affect their membership.

Each autumn, led by the policy department, OGRA heads to Queen’s Park for their annual Advocacy Day. Board members meet with Members of Provincial Parliament (MPPs) from all parties as well as Ministers and party leaders. This effort helps ensure that municipal issues are on the provincial radar. This year OGRA is raising three issues: new revenue tools for municipalities, enhanced municipal asset management planning, and the promotion of detailed winter operations planning documents.

“The interesting part of working in OGRA’s policy department is that no matter how hard we try to set the agenda by raising and monitoring issues we know are important to our members, new issues continue to arise,” says OGRA Policy Advisor Thomas Barakat.

“A number of years ago, an environmental group lobbied to have road salts banned as a toxic substance. OGRA was successful in convincing the Federal Ministry of the Environment that if they did so, there would be a lot more injury and death on Ontario roads. Road salt — sodium chloride — is still the most cost effective and best way to de-ice roads during the winter months. In order to convince the federal government that we shouldn’t ban road salt, we had to accept on behalf of our members that yes, the indiscriminate use of road salts is a hazard to the environment. It can contaminate well water and damage vegetation. We developed a Best Practices guideline for our members to better manage the use of road salts in the province. That lead to a whole new way of managing winter events,” Tiernay recounts.

OGRA developed a template for municipal salt management plans, and salt trucks are now upgraded with new calibration equipment to only use as much salt as needed. The trucks’ salt spreaders are computer controlled and calibrated to the speed of the vehicle so that when the truck slows or stops, so does the spreader. The covering of salt domes and the building of wash stations to collect and treat water before it is released back into the environment is another example of how the management of winter operations has changed.

OGRA is a proactive association that is constantly searching for ways to help municipalities and the province as a whole.

“A good example of that is in the area of asset management,” says Tiernay. “We successfully advocated for mandatory asset management plans. Typically, members don’t like the province telling them that they have to do something, but we felt it was the right thing to do. The management of our infrastructure is critical to our economy. If you start closing bridges and having roads that are falling apart or sewer lines that are leaking, it impacts the quality of life of Ontario residents. If municipalities are not properly planning to manage that infrastructure in a sustainable manner, it will seriously undermine the ability of the province to stay competitive. It wasn’t a popular topic to advocate, but it was one we felt was in the best interest of our members, the public and the province of Ontario.”

Moreover, OGRA is monitoring the introduction of roundabouts, a growing type of intersection in Ontario. “A lot of people don’t know how to drive through them and there’s currently no definition of roundabouts in the Highway Traffic Act. There’s a private members bill currently before the legislature that would codify roundabouts into the Act to establish uniform signage and policies on how roundabouts should work,” Barakat informs us.

“OGRA believes that local government, being the government closest to the people, is in the best position to know what new taxes or fees their citizens would be willing to support,” says Tiernay. “While not every municipality can or will want to implement new taxation such as road tolls or vehicle taxes, OGRA believes that the decision to do so should be a local one.”

“Right now, municipalities are in a funding crunch. They don’t have sufficient revenues to manage what they need to, not just in the areas of infrastructure, but everywhere—police, fire, social services, recreation facilities,” states Tiernay.

The Association is always looking ahead. Autonomous vehicles, which many perceive to be part of a futuristic society, could be on municipal roads within the next decade.

“This technology is not as futuristic as you think,” says Tiernay. “Soon you will simply be a passenger. You’ll say ‘take me home’ and it’ll take you home. It’s not that far off. There are already prototype cars out there. Google has a vehicle that’s been driving around the United States for a couple of years now. This technology is coming, and municipalities have to be ready for it because it means a change in how our infrastructure is built.”

OGRA provides several services to their members, many of which are web based.

MDW is a web-based asset management database repository that was launched in 2005, offered free to members. It allows municipalities to collect and store information on their infrastructure assets so that they can be managed more effectively. It also provides OGRA with a snapshot of the condition of infrastructure across the province.
“We were able to assemble very good data on the number of bridges in Ontario, when they were built, and their relative condition. Most of them were built in the 1950s and 60s. A bridge has an average life expectancy of about 70 to 75 years. Soon there will be a lot of bridges coming to the end of their useful lives, and bridges are very expensive to replace. Municipalities simply do not have the kind of revenue available to do that. We took that data to the province to make them aware that there needs to be some kind of funding program that will assist municipalities to retrofit these bridges,” Tiernay adds.

TRA is a web-based solution that allows the suppliers of infrastructure materials and services to list their products. Municipalities can use TRA to source materials for use within their municipality and specify which type of products they will allow in infrastructure contracts. Tiernay provides the following example.

“When municipalities spec the construction or reconstruction of roads, they may need to spec fire hydrants. Municipalities do not want to keep spare parts on hand for all the different makes of hydrants, so they can use the TRA to identify to potential contractors the type of hydrant that should be quoted.”

This facilitates the bidding process for contractors, who can subscribe to the TRA and know which products can be used for various infrastructure projects.

This recently developed web-based tool allows municipalities to develop their winter operations plan, which includes the development of plough routes to maximize use of equipment, resources and personnel. Version 2 of the successful app will be ready this fall.

The Association also produces a quarterly magazine, Milestones, which highlights best practices and good news stories relating to municipal infrastructure issues. Milestones is released both in print and electronic format. Each issue is centred on a theme and features an interview with a key player in the municipal infrastructure industry. The theme of the August issue was “big data.”

“We’re a small organization body-wise but we do a lot, and we love doing it,” Barakat concludes. 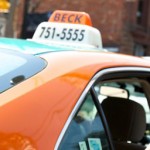 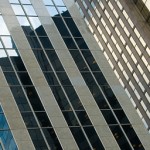