The Europeans started it. Australia was in, then out. South Korea went ahead, along with Japan. Mexico and Brazil are mulling it over, as are Turkey, Chile and Thailand. Even China’s in – having launched regional markets in 2013, it plans to launch a national carbon market in 2016.

Globally, some 40 national jurisdictions have implemented, or are scheduled to implement, some form of carbon pricing as a primary tool to combat climate disruption. Carbon pricing unleashes market forces to lower greenhouse gas emissions. Instead of governments picking solutions, the market does.

Markedly absent are Canada and the Americans. Barack Obama does what he can through the Environmental Protection Agency (EPA), but the U.S. Congress is so backward on climate they recently voted on whether it’s real (I couldn’t make that up). Stephen Harper’s strategy has been to rag the puck by keeping ‘sector-specific regulation’ in limbo for nearly a decade. Both Opposition parties signaled their intent to make a move, but in the meantime…

What to do about recalcitrant national governments? Go around them. Oregon, California, Quebec, British Columbia and Alberta all moved ahead in the absence of national leadership.

Ontario’s recent signal that it will price carbon represents a tipping point. As goes Ontario, so goes Manitoba; And New Brunswick; And New Jersey; And… as more sub-national jurisdictions stitch together complementary carbon markets, the ability to define climate policy is snatched away from national capitals.

Ontario’s move will set Canada’s climate policy stage – regardless of who wins in October – and with it, the context in which Canadian businesses will begin the long job of de-coupling carbon emissions from economic activity. What should Ontario do?

B.C. – getting something right

British Columbia kept it simple with a revenue-neutral “fee and dividend”. Carbon is priced at the source – gas pump, electrical power plant – and that cost percolates throughout the entire economy. All money raised goes to lower corporate and income tax.  And it worked.

Since the start in 2008, emissions are down nearly 20% compared to the rest of Canada, while economic growth has been slightly higher.  And it’s popular. There’s good reason the Economist called it “a winner” that “woos skeptics”.

The key lesson is we can reduce carbon emissions without broad economic harm. The reductions over just six years are roughly equal to Canada’s 2020 reduction targets (17% reduction from 2005 levels by 2020 – which we will surely miss), and would have been more than enough to satisfy the Kyoto deal Harper threw under the bus.

The current price of $30/tonne of CO2 translates to 7c/liter of gasoline, a cost easily absorbed by consumers. Which is odd, since fuel consumption is down much more expected from such a small price increase. The reason? Likely because of the ‘announcement effect’ – because people were made aware of the reasoning behind the price increase there was a bigger effect on behavior.

It being revenue-neutral won over many on the political right. It’s hard to argue: more tax on what you don’t want, less tax on what you do. BC now has the lowest fuel use in the country and the lowest income tax rate. It’s also hard to undo. Subsequent governments would have to increase the taxes the carbon price lowered.

There are winners and losers, of course. If you’re in the energy efficiency business, or you can switch out cheaper natural gas for coal, you win. Cement producers got hurt, and there is reasonable criticism that some emission reductions got shifted to other jurisdictions. Getting to deeper reductions will be more difficult as the incremental cost of emissions reductions increase.

But the lessons are clear: carbon pricing can be simple and tax efficient. Initial efforts to cut emissions – say up to a quarter – are easy and come with little economic pain. And since it’s still popular, it doesn’t have to hurt politically.

Quebec went with “cap-and-trade”, which lets emitters trade the right to emit greenhouse gases with other companies under a decreasing total cap. This means companies can hunt (trade) for the lowest cost incremental emissions reduction across a broad market. Quebec’s carbon market is currently linked to California under the Western Climate Initiative (WCI), and that market is sure to grow in coming years – including Ontario.

Emitters – a factory, power plant or cement factory – are given an absolute cap on how much they (and their industry) can emit. That cap lowers over time. Companies can invest to lower their own emissions to meet it, or buy at auction the right to overshoot their limit from others who have gone under. The emission targets are set, but the price is unknown – although Quebec has a floor on the price to provide some price certainty. Emissions targets can be sensitive to an industry’s profile – cement factories, for example, cannot reduce emissions in the way the energy sector can.

Uniquely under cap-and-trade, large emitters can look beyond their own operations to find lower-cost emissions reduction elsewhere. Economies of scale in market size matter – the more jurisdictions and industries between which emissions can be traded, the more cost efficient the system. If a state-of-the-art Quebec factory finds it cheaper to retrofit a factory in California, they can effectively pay their American counterpart to upgrade. That’s why large emitters like cap-and-trade – they can hunt for the lowest-cost compliance option over a much broader set of choices.

A maximally efficient system would encompass the whole world under one giant cap-and-trade market. Global price signals identify the lowest cost incremental emissions reduction across the global economy. And the highest cost emitter would pay for it. After all, emissions are global: what difference does it make to the atmosphere from whence those reductions come?

Critics point out that companies can send perfectly good money overseas instead of reducing their own emissions, effectively subsidizing other jurisdictions. Which is true.

But from an individual company’s perspective, it might be the only way to stay in business in Canada. Faced with ever-steeper cuts, companies may not be able to compete with global competitors in more emissions-intensive regions. Export-oriented industries are particularly vulnerable. Once the early, easy reductions are done – BC style – the option to trade across borders enables companies to remain competitive.

There may be other ways to gain economic benefit from carbon trading. Canada has a lead on low-carbon technology – thanks in large part to Sustainable Development Technology Canada’s (SDTC) continued efforts to build that ecosystem. Why not link Canadian technology purchases to retrofits paid for by Canadian industries?

The other Achilles’ heel is the possibility for emitters to game the system. Europe’s teething problems included giving away too many emissions credits at the outset – setting the cap too high. That caused a collapse in the carbon price. And if industries know cap-and-trade is coming, they’ll avoid scheduled upgrades figuring (correctly) they’ll only get credit for it if they do it later. Some power plants even artificially cranked up emissions in order to have a higher initial cap. With the benefit of hind-sight we can avoid these pitfalls.

Ontario can have the best of both worlds. For the short term, it’s hard to argue against the success of BC’s simple market signal. It hits all sectors, including transportation – a real challenge for Ontario. The more politically palatable revenue-neutral option is likely, but it’s not out of the question some portion be put into a climate adaptation fund or spur further investment in the clean energy sector.

Over the long-term, joining the Western Climate Initiative in carbon trading makes a lot of sense. As reductions go past the twenty to thirty percent range – which they must in the post-Kyoto world being negotiated in Paris this year – Ontario’s large industrial emitters, particularly those reliant on exports, will need the flexibility that comes with cap-and-trade. Ontario’s participation would attract other North American jurisdictions to the WCI. It could later be linked to large developing world markets like China and India.

At this critical juncture, Ontario’s carbon move will not just set the stage for Canada. It means Canadians can take the stage in Paris in December – at COP21, the critical next step in climate negotiations in Paris – despite our federal governments ongoing recalcitrance on climate. 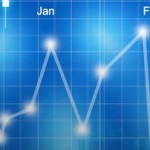 Getting More Revenue Will Change Your Company 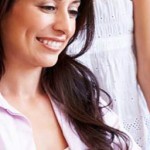