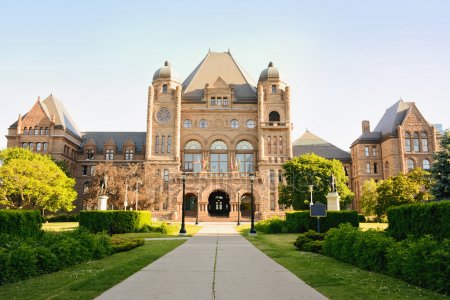 CBJ — The Province of Ontario has written off $445 million as non-collectable debt from a former division of Chrysler, following the 2009 bailout of the automaker. The province had originally provided a $1 billion loan.

The federal and provincial governments loaned billions to Chrysler to rescue the company and save thousands of jobs during the recession, much like they did to save General Motors.

Ottawa wrote off $2.6 billion last year that it wouldn’t collect from Chrysler, and now the Ontario government is following suit, recognizing there is virtually no hope of ever recovering the money.

Through one of his staff members, Ontario Finance Minister Rod Phillips said that once the federal government threw in the towel there was virtually no hope of the province receiving its money either.

Since all of that happened the former company has restructured into what is now Fiat Chrysler, which claims it repaid all loans and six years ahead of schedule. The issue is with a company that no longer exists — Old Carco — and that is where the debt is unrecoverable. Fiat Chrysler did not acquire that associated company and so it’s not liable for any of its debts.

The $445 million Ontario write-off forms the bulk of the government’s annual write-off of $607 million for last year.