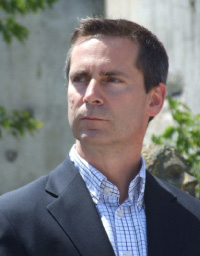 Professional Mixed Martial Arts, or MMA, has been gaining widespread popularity in North America thanks to the advent of UFC—the Ultimate Fighting Championship.
Just as the NHL is the largest professional hockey league, the UFC is the largest organized promoter of MMA, the combative sport that mixes wrestling, kick boxing and other martial arts. The American-based organization’s popularity has spread across the globe thanks to cable television deals and greater mainstream coverage. Globally, UFC programming is broadcast in over 130 countries, reaching 430 million homes worldwide in 20 different languages. MMA is undeniably big business.
But despite its popularity, prior to August 14, 2010, anyone organizing a public MMA event in Ontario would have been committing a crime.

As one of the last remaining jurisdictions in North America that had not sanctioned the sport, Ontario has finally relented to fan pressure (or perhaps economic pressure) after Premier Dalton McGuinty’s announcement that the provincial government will allow regulated mixed martial arts events to take place in Ontario.
UFC has already proven great economic rewards in other parts of the country. About 17,000 fans bought tickets to a June show in Vancouver’s Rogers Arena, with an average revenue of $247 per ticket. At the evening’s post event press conference, UFC President Dana White reported a live gate income of $4.2 million. Events in Montreal’s Bell Centre regularly achieve similar results. And considering  that at a 2008 professional MMA event in Montreal, online ticket sales indicate that 42 per cent of ticket purchasers at the sold-out event were residents of Ontario, there is little doubt turnout will be even greater in Ontario.

“What we have seen across Canada and the U.S. is that there is an economic boost for communities that host MMA events,” Minister of Consumer Affairs Sophia Aggelonitis told CBJ. “One of the numbers that I have seen is 30,000 fans can generate up to $4 to $6 million for the host community. The event itself will not only generate income for the host community but also for local restaurants and hotels for the day of the event.”

“We are full or close to our 800 capacity for UFC events,” said Bobby Smith, General Manger of the popular sports bar The Loose Moose in downtown Toronto. “MMA is already considered by some to be the second most popular sport in Canada next to hockey.”

“Ontarians have been pretty straight forward with us. They said, ‘We want a choice.’ And we will make sure that they have that choice,” said Premier McGuinty on August 16. “The province would adopt the same rules for professional MMA that are widely used across North America. This announcement paves the way for the first regulated professional MMA event to be held in Ontario in 2011.”

It is now up to the Ontario’s Athletics Commissioner to cement the rules and regulations, which will be finalized in plenty of time for a UFC event already slated for Toronto in March 2011. 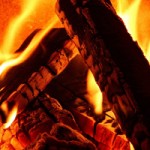 The Frobisher Inn and Explorer Hotel 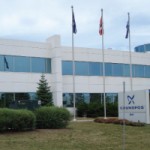