Ontario's Electricity System – the Outlook for Producers and Ratepayers 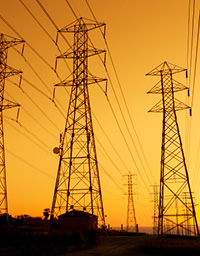 One of the many budgetary issues on the minds of many Canadian households and businesses each month when it comes time to pay the bills is the amount of electricity that has been consumed and what it’s going to cost.

David Butters is President and CEO of the Association of Power Producers of Ontario (APPrO), a professional body established in 1986 with the express interest in representing commercial electrical producers in Canada’s most populated province. APPrO now has 27 power generators and about 100 corporate members who account for 95 per cent of the electricity generated in Ontario.

Butters was on hand to deliver an informative speech at the Toronto Board of Trade where he outlined the primary responsibilities of APPrO and his hopes for the future, and specifically what will be in store for both electricity producers and ratepayers. The association’s mission statement is to achieve an economically and environmentally sustainable electricity sector in Ontario that supports the business interests of electricity generators, including a reasonable rate of return.

“Electrical power is the lifeblood that courses through the body of Ontario,” says Butters. “It sustains and gives growth to our small businesses and large manufacturers. It literally lights our lives and our livelihoods, our homes and hospitals. In that respect the provision of affordable, reliable power is fundamental to all that we do.”

One of the key objectives for APPrO is to place a premium on approaching such a complicated and complex sector while preserving public interests. Ontario is book-ended by two very memorable anniversaries. It was just over a decade ago, when on May 1, 2002 the province opened the electricity market to competition. A year later in August, 2003 a very different landmark occurred when the massive power blackouts hit much of Ontario as well as a good portion of the northeast U.S. states, including those along the eastern seaboard, affecting about 55 million people; 10 million in Ontario and 45 million in eight American states. Since then there have been other notable milestones, including the 2002 rate freeze, the Electricity Pricing, Conservation Supply Act of 2002, the Electricity Restructuring Act of 2004, the 2009 Green Energy and Green Economy Act.

It’s been an era of constant change for the electricity sector, largely induced by the move to an open market and the massive blackout nine years ago.

“It was those two events more than any other that gave rise to the unique landscape that defines today’s electricity market,” Butters states. “Those two events created change and choices. They forced review and reflection. They led to innovation and adjustment.”

With that in mind, it begs the question – How is the Ontario market doing almost a decade out from those two landmark events?

“We’re doing quite well,” Butters replies. “Generation is abundant and reliable; supply has become more diversified and our system is cleaner than ever before. Soon we will have moved completely away from coal.”

Butters also indicated that tens of billions of dollars have been invested into renewables and refurbishments. But he also acknowledges the system is far from unblemished and a safe distance from perfection. While much has been achieved, there’s still a long way to go.

In order to achieve lasting and meaningful success, there needs to be a cooperative effort between those producing the electricity and the lawmakers who set out the required rules and regulations. Butters says he can summarize the view of power producers in three words: “‘quit fixing us please’ – now I know that’s actually four words, but only because I wanted to be polite.”

Policy adjustments, experience-based improvements, fine tuning, corrections – are all welcome and necessary, according to Butters.

“But stem to stern reviews, sweeping overhauls, game-changing moves – let’s have less of that.” Instead Butters would like to see the focus aimed at three square principles: “reliability, stability and predictability.” Achieve that and the end result should see a marked improvement in steady service, affordable pricing and long-term security for ratepayers – which is something everyone who receives a hydro bill wants to see on a regular basis. Added to that, Butters says such a model is necessary for the industry to attract capital investment required to support efficient, sustainable development.

“A climate of perpetual disruptive change discourages efficient investment decisions,” Butters flatly states. “That renders the achievements of our goals harder, which places greater – not less burden on taxpayers and ratepayers.”

Recently there was a major electricity discussion paper tabled by official Opposition Leader Tim Hudak of the Progressive Conservatives, which will no doubt lead to added debate.

“It and others (discussion papers) naturally deserve respectful consideration,” Butters offers. “But as that discussion takes place, I would encourage all participants to embrace the principles of reliability, stability and predictability. I feel it’s important to add – let’s work hard to rise above the all-too-common partisanship that often afflicts discussions in this policy area. No one party has or ever will corner the market on correct answers.”

Both government and industry will be required to adhere to a few simple tests related to supply, price and sustainability.

Do we have enough electricity to meet sufficient demand?

“The answer as you would all know is yes,” Butters says. “In fact we now have an abundance of supply.”

Together with this capacity overhang is much different than in the past when reliance on coal was much greater, which in itself can bring about challenges in terms of flexibility.

“As we look to some of the challenges of the coming decade I’d rather have a bit more supply than might be strictly necessary than too little,” notes Butters. It wasn’t that long ago when it was a scramble to keep the lights on, especially during some of those more unique power outage situations.

Invariably, first and foremost on the minds of ratepayers is price. Are we being gauged, or is the system fair?

“Obviously no increase to the rates we ever pay is ever welcome,” Butters admits. “But I think the question is whether rates are fair and reasonable. Are increases justifiable and measured and are we on a path that’s manageable for people and businesses?”

Butters candidly admits from his perspective and that of the industry, it’s not always easy to nail down the right price, but is well aware of when they’ve gotten it wrong.

“On balance, Ontario is more right than wrong when it comes to balance,” he continues. That statement is proven accurate based on the fact the total market cost of electricity has been relatively modest over the past decade, matching the rate of inflation almost exactly.

“During that time the cost of electricity as a percentage of the overall household basket of good is virtually unchanged, moving from 1.9 per cent to 2.1 per cent.” In contrast, the cost of food and gasoline has far outpaced the consumer price index as most Ontarians are painstakingly conscious about.

When it comes to comparing the price of hydro to other industries, it’s not overly surprising that Butters believes his industry is doing a very good job of handling price control.

“At the risk of appearing provocative I want to take the argument one step further,” Butters states. “I don’t believe the electricity sector should be the least bit apologetic about these price increases. We’re refurbishing system-wide infrastructure, delivering a guarantee of virtually unblemished reliability and transforming the system into something far cleaner. That costs money – a lot of it.”

Thinking back to the massive disruption caused by the August 2003 outages, we’re reminded of the enormous toll exacted in human and economic terms. Such events are exceedingly rare and in that particular instance unavoidable due to a massive power surge coming from a Ohio, according to a Canada-U.S. joint task force.

Butters went on to say he feels the industry as a whole is doing remarkably well and in order for that to continue in a positive way, which is why he would like to see decision makers hit the “pause” button on the steady supply of big fixes and radical realignments.

“That doesn’t mean we stand still,” he clarifies. “There remain priorities that we must labour to.”

There are several key areas where the industry wants to see improvements not the least of which is scheduling of nuclear refurbishment and rebuilds. In May, nuclear supplied 61 per cent of Ontario’s energy.

“Ontario is not going to walk away from nuclear, nor should it,” Butters states emphatically. “Each day that we delay the decision to move forward, it’s another day the rest of the system is left waiting.”

“It is in our view the single greatest impediment to ongoing confidence in the system,” Butters declares. Electricity does not remain idle – it cannot be stored in a jar or put away to be used later. Once generated, it must be moved along the grid and delivered to a destination. “Use it or lose it” is a very apropos statement when discussing the fundamentals of electricity.

“That is why we develop complex systems to price and dispatch power,” notes Butters. “When we err, it’s best we have too much rather than too little.”

That means there is a certain percentage of generated power that is not used and therefore not efficiently utilized – some would go as far as to say wasted. It’s a challenge that must be managed and improved upon by those within the industry.

A third issue that has garnered industry attention is the integration of renewables – creating a policy environment that encourages the generation of clean, renewable electricity. It’s not going out on a limb to say that renewables will continue to become a greater part of international society with each passing day.

But some would opine that movement was too fast in Ontario and the initial honeymoon is over. From this point onward, it seems finding a proper balance of greening efficiency and practicality are going to factor in to the maturation process.

“I believe we are simply settling in to a more mature longer-term relationship now that the early passion has abated,” notes Butters. “As part of that maturation I suspect there will be more work required to reach a truly comfortable and compatible place and for all the adjustments made to the Green Energy Act since its introduction I think we’ll need to see more.”

A final aspect that Butters believes is crucial moving forward actually dates back to the early days of independent electricity generation – the non-utility generators, or NUGs as they are often referred to by those within the industry. The NUGs were the province’s first experiment in the movement away from monopolized control. “In partnering with the NUGs, Ontario Hydro avoided significant new-build costs that, based on Hydro’s then track record, likely would have been over budget and perhaps not on schedule.”

Operated independently, they transferred risk away from ratepayers while providing an additional source of power generation. Fair contract renewal is high on the priority list.

“In policy circles, the long-term contracts entered into with the NUGs have been the target of unflattering and I would argue usually ill-informed comment over the years,” Butters remarks. “But what has never been in dispute is the value of the assets. These facilities have served Ontario consumers well, providing power at reasonable cost while operating to the highest reliability, safety and environmental standards. They provide important local benefits, including good jobs.”