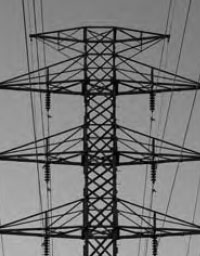 Representing the power of communities

The Ontario Sustainable Energy Association (OSEA), an umbrella organization and resource clearinghouse for Community Power in Ontario, provides a variety of services to its members including: a unified voice for addressing policy makers; working groups and workshops; presentation templates; discounted guidebooks; facilitating the sharing of documents and resources; and much more. The services OSEA provides help more than 1500 individuals including private citizens, cooperatives, farmers, First Nations, businesses, institutions and municipalities to engage in or support Community Power projects and renewable energy.

The OSEA’s mission is simple: to serve the Community Power sector. This sector includes community households, farms, First Nations, cooperatives and collaborative businesses, local distribution companies, municipalities, other institutions. The organization does this with their partners through advocacy, public outreach and capacity building. Advocacy is increasingly important in the renewable energy realm—and needs support behind a field that has not received its due attention.

The OSEA acts on behalf of residents in Ontario who want to protect the environment. Education is a huge part of this—the organization speaks publicly about community power-skilled jobs, a source of local revenue and a reduction of greenhouse gases, and helps them establish community power groups. OSEA also advocates to Canadian governments policies and programs that, according to the association, will “advance the generation of sustainable energy and resolve the administrative and regulatory hurdles that are obstructing the development of community-owned sustainable energy projects.”

The association explains that: “Small enterprises in the community power sector require significant funding in the early stages of developing their energy projects, but it is very difficult for them to obtain loans from banks because such loans are considered risk capital. Since community power groups are generally new organizations, they have no equity, bank account or assets to use as collateral against a loan. The only place where these groups can get funding is from grants, the amount of which are limited and are often very demanding.”

“Recognizing this problem, OSEA’s original proposal for the Renewable Energy Standard Offer Program included provisions for just such a funding mechanism and the Community Power Fund was established by OSEA in 2006. A year later, the Government of Ontario provided the fund with an initial $3 million as a pilot program and the Fund issued its first call for proposals in September 2007.”

The Community Power Fund is focused on a renewable and sustainable energy economy that is developed, owned and governed by communities and individuals in Ontario. The mission is simply to ensure that sufficient financial resources are available to realize the vision of Community Power in Ontario. But the OSEA recognizes that there are significant hurdles to overcome.

Another initiative close to OSEA’s heart is the City of Toronto’s offer to give interest-free loans to cover up to 49 per cent of the cost of a renewable energy project. These loans come in amounts of between $50,000 and $1,000,000, and are available from the city’s Sustainable Energy Funds for non-profit groups developing projects. The funds are critical to overcoming the barrier created by high upfront costs associated with implementing energy efficiency measures (new or retro-fitted) and renewable energy generation projects.

Although this project may seem too good to be true, in fact these loans are available, and those who are awarded them are able to have up to 20 years to repay them. According to the City, there is no deadline for applying for the loans, however applications are expected to increase once the provincial feed-in tariff program is launched—so eligible applicants are encouraged to apply sooner than later. For more information, go to http://www. toronto.ca/energy/sef_info.htm.

Community Power gets a boost

Last September, Community Power got a boost when two new funds were announced to assist First Nations and Metis communities with the development of renewable energy projects. The total allocation was $250 million from the province, intended as loan guarantees that will enable Aboriginal communities to have an equity stake in green energy generation. According to the government press release: “Together, these initiatives will assist First Nation and Métis communities to unlock vast renewable energy resources by providing the knowledge and financial support to begin building economically viable projects. Providing economic opportunities through green energy development is a cornerstone of Ontario’s Green Energy Act. It also establishes Ontario’s place as North America’s Renewable Energy leader, with over 50,000 jobs expected in the next three years as projects get underway.”

With any luck, and the power of people coming together, Aboriginal communities will be an important part of future renewable energy generation.

OSEA has under its belt a number of accomplishments, including the Ontario Green Energy Act achieved in April of last year. The organization endeavours to see Community Power development with more than 50 per cent community ownership, 500 megawatts of Community Power in Ontario by 2012, 100 per cent renewable energy powering Ontario by 2025. These goals may seem lofty, but the OSEA is striving to reach them—and although the goal of a completely renewable system is a big one, when more people get on board, there are more voices to be heard.

OSEA is working to build capacity, and “catalyze the efforts of community organizers and raise awareness of the benefits of Community Power and renewable energy through various communication channels”. They offer a variety of workshops and guidebooks on topics ranging from project start-up and financing to renewable energy technologies.

OSEA “speaks in a unified voice for Community Power, advocating government policies and programs to spur the widespread deployment of renewable energy.” The association initiated the highly successful campaign for a Green Energy Act for Ontario, passed in May 2009, and was also instrumental in the introduction in 2004 of the Renewable Standard Offer Program, the precursor to the current feed-in tariff program offered by the Ontario Power Authority.

What is Community Power?

Community Power is a class of sustainable energy projects that are owned, developed and controlled in full or in part (50 per cent or more) by residents of the community in which the project is located. Under the OSEA definition, Community Power proponents include local residents, farmer collaboratives, co-operatives, First Nations, municipalities and other institutions working to develop local sustainable energy projects. Anyone can become an individual member. To qualify as a Voting or Associate Member please see OSEA’s Membership Criteria.

Ownership models vary within OSEA as does the percentage of local ownership. In some cases, OSEA’s members have joint ventures with other members, municipalities or utilities. Members’ projects that retain 50 per cent control and equity still qualify as Community Power projects regardless of who the partner is and therefore have access to the Community Power Fund (www.cpfund.org)

Where did Community Power originate?

What are the benefits of Community Power?

According to the Rocky Mountain Institute and the Federation of Canadian Municipalities, in conventional energy systems, like that of Ontario, at least 75 cents of each energy dollar leaves the local economy.