CBJ — The Organization of the Petroleum Exporting Countries has agreed to extend daily oil production cuts of 9.7 million barrels of oil a day through the end of July. OPEC is hoping the shorter supply will encourage stability in the markets and raise the price of crude oil.

Oil producers throughout the world — including Canada — have been hard hit by the COVID-19 pandemic, with the need for oil and gas plummeting with far less commercial and person travel.

Ministers of the OPEC cartel and Russia came to an agreement. The lessened amount of oil being produced represents 10% of the world’s overall supply. But the key for OPEC will be trying to reacquire the United States, which has largely become energy self-sufficient, much to the dismay of OPEC. The much smaller contracts with the U.S. has also caused the price of crude to drop.

OPEC has 13 member states and is largely dominated by oil-rich Saudi Arabia. A recent oil squabble between Saudi Arabia and Russia actually resulted in both sides increasing daily oil production — which only made matters worse. Eventually cooler heads prevailed and the two countries opted to work together rather than against one another. 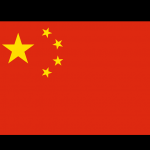