CBJ — OPEC is uncertain as to the oil supply outlook for the second half of the year due to what appears to be significant Iranian and Russian outage and Saudi Arabia reluctant to pump more due to fears of a further price drop.

An oil contamination forced Russia to halt flows along the Druzhba pipeline, a key conduit for crude into Eastern Europe and Germany, in April. The suspension left refiners scrambling to find supplies and its duration is unclear.

Iran’s oil exports are likely to drop further in May as the United States tightens the screw on Tehran’s main source of income. Shipments from Venezuela, also under U.S. sanctions, could fall more in coming weeks.

Two delegates from the Organization of the Petroleum Exporting Countries said the Russian outage, on top of Iranian and Venezuelan export losses, would be discussed at the Jeddah meeting and it seemed more than a short-term technical glitch, but could be a bigger problem than expected.

Other OPEC sources said there were conflicting views on the significance of the Russian outage.

OPEC has been in a tizzy since the United States began its quest to essentially become energy independent. While America does still import some oil from other countries, it certainly is not to the same levels it was in previous years, and that is a huge concern for OPEC and other oil-producing nations, with the U.S. still by far the biggest consumer worldwide, with China second. 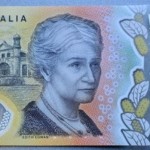 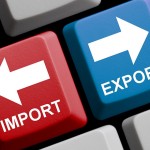 Trade Deficit Down in March