OPEN LETTER from the Ontario Federation of Labour

Ontario: ‘Open for business’ at whose expense?

TORONTO, Nov. 07, 2018 (GLOBE NEWSWIRE) —  This winter, our government is pushing workers out into the cold by cancelling workplace rights and the $15 minimum wage with Bill 47, but that’s not the only shameful way this government is treating workers.

An internal memo from the Ministry of Labour signalled the intention to put a freeze on proactive inspections that would make sure employers are meeting the minimum standards set out in employment law. Until now, inspectors have performed random inspections of workplaces to ensure that workers’ rights are being respected. They check to make sure employers are providing things like paid sick days, vacation, schedules that meet regulatory standards, and workers are being paid properly.

By stopping these inspections, our government is essentially handing employers a free pass to break the law. Pausing proactive workplace inspections that ensure compliance with Ontario’s employment standards further disadvantage vulnerable workers in Ontario. It also makes it easier for employers to take advantage of their workers, creating an uneven playing field to the benefit of unscrupulous operators.

This freeze comes on the heels of the introduction of Bill 47, a bill that robs workers of many of their basic workplace rights and protections. From equal pay for part-time, full-time and temp workers to paid sick days, and $15 minimum wage, Bill 47 strips away the laws that protect workers in this province.

Bill 47, combined with a reduction in inspections means that workers will be less likely to report when an employer breaks that law, for fear of reprisals. Temp workers, who are often newcomers to the province who may not be aware of their workplace rights, are left particularly vulnerable by these changes.

Companies like Fiera Foods take advantage of these precariously employed workers by offering the least that they can to these workers. Fiera Foods is infamous for using temp agencies to staff their factories where workers toil for low wages in unsafe conditions to produce a range of food products in locations around Ontario. These workers are unlikely to feel confident in making a complaint when they don’t receive proper safety training, equal pay, or vacation time.

This fall there was another death at Fiera Foods. It was the fourth death in nineteen years. Fiera Foods is not the only company taking advantage of Ontarians, but it is a good example of a company that might protect its workers better if it were subject to more inspections.

Workers should not be made responsible for keeping tabs on their employer. Our government should be enforcing a set of decent work laws, not the substandard version set out in Bill 47.

Bill 47 will also cancel the increase to a $15 minimum wage that is scheduled for January 1, 2019. This is a real-dollar loss for workers that takes almost $2,000 dollars out of their pockets, and out of the economy. Under Bill 47, there won’t be a $15 minimum wage in Ontario until 2024 at the earliest, when every penny of that $15 minimum wage will be worth less than it was worth today.

The Ontario Chamber of Commerce wants these basic rights cut. They say the economy will suffer, but there is no sign their dire predictions are true, in fact, just the opposite. Since this time last year, Ontario added 83,000 jobs. The unemployment rate has dropped. Fewer people are using the Daily Bread Food Bank, a shift that the Food Bank attributes, in part, to a higher minimum wage.

Doug Ford, look at the facts. Look at the improvements in Ontario’s economy with the minimum wage increase and the net benefits with fairer workplace laws in place.

Withdraw Bill 47. Do not, as you have said you will, replace decent work laws with laws that lower standards at the expense of workers lives and livelihoods.

Do not pause employment standards inspections.

Use your power in the legislature to make sure families in Ontario can survive and thrive.

Keep your promise to govern ‘for the people’, not for the special interests of the big business lobby and multi-national corporations.

Chris Buckley is the President of the Ontario Federation of Labour. The OFL represents 54 unions and one million workers in Ontario. For information visit www.OFL.ca and follow @OFLabour on Facebook and Twitter. 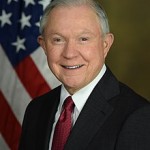 His Sessions As A.G. is Over
Agility Health Announces Continuation of Private Placement