Open VSX Registry, a Vendor-Neutral Open Source Alternative to the Visual Studio Marketplace, is Now Being Managed by the Eclipse Foundation

BRUSSELS, March 30, 2021 (GLOBE NEWSWIRE) — The Eclipse Foundation, one of the world’s largest open source software foundations, today announced that Typefox has transitioned the Open VSX Registry to the foundation. Built on the Eclipse Open VSX project, the Registry is a vendor-neutral and publicly-hosted open source alternative to the Microsoft Visual Studio Marketplace. The Open VSX Registry will be managed under the Eclipse Cloud DevTools working group.

The Open VSX Registry delivers on the industry’s need for a fully open source approach to marketplace technologies for Visual Studio (VS) Code extensions. It increases transparency and flexibility for extension users, publishers, and tool developers, particularly those leveraging cloud-based development tools and IDEs that want to avoid being locked into proprietary models and marketplaces.

“Hosting the Open VSX Registry at the Eclipse Foundation enables further growth and adoption of the platform by organizations interested in leveraging VS Code extensions, while maintaining a true open source model,” said Mike Milinkovich, executive director of the Eclipse Foundation. “By creating a vendor-neutral home for these extensions, we can guarantee that the development of this marketplace is guided by the community rather than a single vendor. We are very pleased with the way the community has embraced the Open VSX Registry thus far.”

These limitations severely restrict the capabilities of organizations that have adopted open source developer tools and technologies.

In contrast to the Visual Studio Marketplace, the Open VSX Registry offers free access to extensions that can be used with any technology or tool that supports them. These include many open source solutions like Eclipse Che and Eclipse Theia, as well as Gitpod, SAP Business Application Studio and other applications based on Eclipse projects.

In addition, since the Eclipse Open VSX code itself is open source, any organization can contribute to the registry code and reuse it to create an internally hosted extension registry for their in-house developers to publish VS Code extensions.

The Eclipse Cloud DevTools Working Group has released a white paper outlining the benefits of the new Open VSX Registry that can be found here.

Broadcom
“We have customers using VS Code and customers using cloud-based IDEs, such as Eclipse Che and other tools. We want to keep development tooling as open as possible for these customers and do not want to prescribe a specific set of tools. Rather, our goal is to enable them with choices so they can pick and choose whatever meets their needs,” said Venkat Balabhadrapatruni, distinguished engineer and chief architect for Mainframe DevOps at Broadcom. “Publishing extensions to the Open VSX Registry gives Broadcom’s customers maximum flexibility.”

Typefox
“With Open VSX, developers outside of the Microsoft ecosystem can access and integrate VS Code extensions into their solutions,” said Miro Spönemann, head of engineering at Typefox. “Users of any compatible development tools can now be provided with access to VS Code extensions, which is a significant new capability that helps developers add value to their solutions.”

Outrun Labs (Onivim)
“I see so much momentum around the VS Code ecosystem – it’s incredible how much it has grown and how many high-quality extensions are available,” said Bryan Phelps, founder at Outrun Labs. “The challenge is that, while Code is open source, the extension repository that Microsoft uses is proprietary and unable to be used by third-parties like Onivim. Thanks to the work done by the Open VSX team and the Eclipse Foundation, there is an open solution for third parties to leverage that high-quality extension ecosystem and keep pace with the momentum.”

The Eclipse Foundation provides our global community of individuals and organizations with a mature, scalable, and business-friendly environment for open source software collaboration and innovation. The Foundation is home to the Eclipse IDE, Jakarta EE, and over 375 open source projects, including runtimes, tools, and frameworks for cloud and edge applications, IoT, AI, automotive, systems engineering, distributed ledger technologies, open processor designs, and many others. The Eclipse Foundation is a rapidly growing international non-profit association supported by over 300 members, including more than 90 new members added in 2020 alone. These members represent a diverse collection of industry leaders that value open source technology as a key enabler for their business strategies. To learn more, follow us on Twitter @EclipseFdn, LinkedIn or visit eclipse.org. 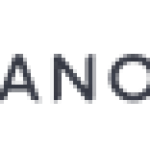 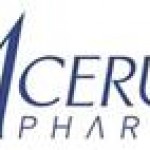