January 1 was a very significant date that came and went with not too much fanfare, however the ramifications of the event that took place on this date will reverberate through Canada and the U.S. for decades to come. This was the day that the first set of baby boomers turned 65.

Canada’s baby boomers account for about one-third of the entire population, and represents a significant brain trust as it relates to technical know how. Think of professionals, engineers, scientist, doctors, business people, skilled laborers, etc.

As this group retires, the tax injection is likely to decrease by a significant margin for governments and it will happen at the same time that both governments and companies have to pay out more retirement benefits than ever before. All this coupled with the fact that there are less workers to fill the void.

Across the border in the U.S., the story is very similar. Approximately 10,000 baby boomers a day will reach 65.

According to a study done in California, three of the biggest pension funds are $500 billion short of meeting future obligations.

In Illinois the reported $33.7 billion Teachers’ Retirement System is 61 per cent underfunded and on the verge of collapse.

The U.S. has long been the technology leader in the world and many of its greatest scientists and innovators are all about to hang their hat up and head to Florida, if they can afford it.

Reflecting on these challenges, I started to think about the role social media would have as it related to providing support groups for the newly retired, who may find that the promise of sipping Pina Coladas down on the beaches of Belize may have slipped away with that small event that happened in 2008 called the Great Recession.

According to stats released in 2009 by the American Association of Retired Persons (AARP) there are more grandparents on Facebook than high school students and over the last two years those numbers have increased. People over 65 are adopting Facebook faster than any other age group. In Canada nearly half of all boomers are engaged in some form of social networking.

According to Brent Green in an article written in the Huffington Post, “Online social networks offer rich potential for connecting, learning, engaging and changing the status quo, much as our colleges offered us in youth. The Internet creates the campus experience for us today, a mélange teaming with ideas, insights and camaraderie. Online and interconnected, we can tackle challenges of shared concern: ageism; age discrimination in the workplace; third-age careers; availability of affordable healthcare; viability of social insurance programs (such as Social Security and Medicare); and, ultimately, legacies of a generation, whether environmental, technological or social.”

It started to become apparent that this group represents a massive storehouse of knowledge and for the first time in history we have an amazing ability to organize them across company lines, across industry lines, across geography, and across disciplines. Think of all the ideas and innovations that are stored in the untapped potential of this group. Add the fact that good portions of the baby boomers were not diligent with their savings, and a large part of their promised pension will fall short and we have a massive opportunity.

Open Innovation can allow this group to add value and contribute to society without having to leave their computers and Internet connections. It also allows them to mentor their children, grandchildren and many of the professionals, scientist, and engineers from the emerging world. The collaboration potential to create real value and game changing innovation cannot be understated. The potential for entrepreneurship is also huge and well timed.

Smart businesses large and small should see this as an opportunity that will provide tremendous competitive advantage. Having an open innovation strategy that is aligned with the overall strategy of the company will be key in the coming decades. Couple this with the ability to tap, not only your own retired brain trust, but the brain trust of other large companies and countries, while combining the ideas of young and old, the business case starts to become very compelling.  Lindergarrd gives some reasons that companies may want to consider as it relates to social media and open innovation: Better access to and interaction with stakeholders; feedback loop on products and ideas; marketing intelligence; training on innovation skills and thought leadership activities;
If you still don’t think that social media is going to have an impact on your business think of these points: In 2004 most people had no clue what Facebook or social media was, now in 2011 Facebook has over 600 million users, which is more than half of all the users on the internet.

LinkedIn just announced that it has hit 100 million users and may be the world’s largest database of resumes and professionals.

As baby boomers leave the workforce in droves there will be a new group to fill that void and they have all gone to school with Facebook, Twitter along with their mobile device acting as a second brain. They are all used to and expect collaboration.

Social media also allows them to show off their talent further and allows for a greater influence (I met a guy that makes $80,000 a year for tweeting about pizza. He works wherever he pleases, from the bedroom to the beach). With the trend of many companies moving toward services, this will means that people can now work from almost anywhere because people can find them and engage them.

Open innovation and social media have the potential to play a significant role in solving many of our financial and business challenges, by bringing people to solve challenges in a more organized way than ever before. It will allow us to rethink many of our assumptions for the way business is conducted, it will increase competition and the winners will win big. Perhaps those baby boomers will have that Pina Colada in Belize after all, so long as there is access to a high-speed Internet connection. 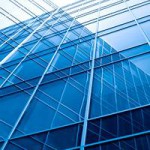 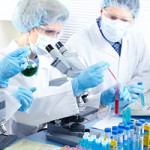