Home | Features | June 11 | Opening Bell: The proposed merger between the TSX and LSE

Opening Bell: The proposed merger between the TSX and LSE 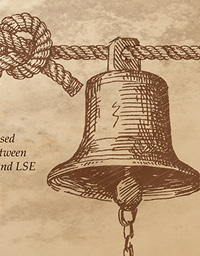 “The merger will create a world-leading organization and is unanimously being recommended by the boards of both LSE and TMX,” the TMX Group said in a statement.

Both exchanges are quite healthy independently. The TMX group is worth $2.99 billion, the London group at $3.25 billion. But the result of this merger would be the world’s largest stock exchange, boasting over 6,000 companies traded, and the largest group of energy and resource companies.

Also described by LSE CEO Xavier Rolet as a “merger of equals”, the public reaction in Canada was one of hesitation, even at the earliest stages of the proposal. The proposed merger came on the heels of the BHP Billiton’s hostile takeover bid of Saskatchewan’s Potash Corp., which resulted in the government invoking the Investment Canada Act, thwarting the bid, and prevalent feelings and discussions of protectionism. As the merger would be of a Canadian company worth more than $299 million, this too will be subject to government approval under the same act.

At the heart of this hesitation was that Canada and the U.K. would both lose jobs as the inevitable result of the merger. “The dangers that are always in global consolidations are that your centre of expertise is diluted and you lose jobs,” Quebec Finance Minister Raymond Bachand said.

Speaking with the Toronto Board of Trade, TMX Group CEO Tom Kloet suggested just the opposite, that the proposed merger will “directly expand and enhance both Toronto financial services and Canada’s capital markets.”

“The proposal we have put forward is about opening new avenues for growth while preserving and protecting the enviable leadership we already have,” Kloet said. “To achieve our full potential Canada needs to have a globally competitive yet domestically focused capital marketplace with built-in future capability and competitiveness; a marketplace through which companies can raise the funds they need to fuel growth, compete and create jobs.”

“Canada seems to view…that Toronto Stock Exchange is viewed as a Canadian asset, so people will start flag waving,” says Renne Colyer, CEO and Founder of Forefactor, “saying this is Canada’s exchange. Why can’t we stand alone when we have been so innovative and been the first to decimalize, first to eliminate the trading floor, first to create an exchange traded fund?”

Good or bad, the merger is indicative of a trend in the global market towards consolidation, which has seen the New York Stock Exchange merge with Euronext, a large Paris-based operator; NASDAQ buy OMX, a Scandinavian firm; the merging of Chicago’s two big exchanges]; and the LSE itself buying Borsa Italiana.
“What a lot of people are concerned about it the shift [in economic power] is going to go to the U.K. and the emphasis, decisions, regulation is going to be driven from there,” says Martin Hakker, Managing Director at Fidessa Canada Corp. “If that does not happen, if it is truly a merger of equals, then it is going to be a net positive.”

“The growing trend among exchanges is some sort of reciprocating agreement in other markets,” says Mike Bignell, President of Omega ATS, the fastest growing alternative trading system in the country. “I think it is important Canada goes in [this] direction. I say ‘Bring it on’. At the end of day it opens Canadian offerings to broader audiences and invites the delivery of offerings to the Canadian market.”

Colyer views the merger as part of the globalization process. “Canada is not an island and cannot stand on its own,” she says. “Globalization will continue whether or not we want to be a part of it.”

According to Colyer, the merger will benefit Canada because, culturally, the Canadian exchange is likened to Europe’s, and an amalgamation would result in less red tape. “From a business standpoint, the issuers that would be listed on the TSX and LSE would share some standardization of regulations and listings standards that would allow for these companies to get easier access across the pond. Costs can be prohibitive for listed issuers to list in two markets and if they can find economies of scale and still give those companies access to increased investment, then I see this as nothing but a good thing for Canadian business.”

What is good for Canada might not be as good for London, according to some financial analysts like Richard Northedge financial journalist and former London business editor, who thinks London ought to align with a bigger exchange. “The Toronto merger never was a good deal for Britain: it is a small exchange trading highly volatile mining stocks. There were neither significant cost savings nor improved liquidity for London,” he says.

Indeed, the deal may be more important to Toronto than it is to London. “Toronto gains more by merging with one of the three big exchanges of the world than London does,” says Northedge. “London wants to make additions. This is one small one but there are other bits of the jigsaw it could go for instead.”
Northedge sees that in a sector set on consolidation, amalgamating with Toronto was better than nothing for London–but not much. Whereas linking Frankfurt with Paris and New York creates a major international exchange and a Nasdaq offer would bring together all the big U.S. exchanges.

Now in the approval process, the story of the merger took a surprise turn in mid-May, when Maple Group Acquisition Corporation (“Maple”), a corporation formed by five of the country’s largest pension funds and four Canadian bank-owned investment dealers, announced that it has submitted a proposal to the Board of Directors of TMX Group Inc. to acquire all of its issued and outstanding shares in a transaction valued at approximately $3.6 billion.

According to a report by The Canadian Press, there was mixed reaction from the business community to the bid, “viewed as an attempt to derail the merger with the London Stock Exchange.”

Colyer does not mince words. “This is a step backwards which could lead to conflicts of interest, especially when you consider they’re underwriting a company and would own the exchange,” she says. “The proposal involves a number of significant conditions that may not be positive for the merger and in reality the banks have reacted to the fear that they will lose control if the LSE bid is completed.”

In this period of unstoppable globalization, both exchanges are wise to form a mega-exchange, and share mutual powers and economy of scale. Victory for the Maple Group is far from certain, it seems clear that in order to remain competitive, the TSX and LSE will eventually merge, whether with it each other is the question. In a market awash in exchange consolidation, the TSX must provide global scale to remain competitive.