MONCTON, NEW BRUNSWICK–(Marketwired – Dec. 7, 2016) - OrganiGram Holdings Inc. (TSX VENTURE:OGI)(OTCQB:OGRMF) (“OrganiGram” or the “Company”) is pleased to announce that it has closed its previously announced short form prospectus offering, on a bought deal basis, including the full exercise of the over-allotment option. As such, a total of 11,339,000 common shares of the Company (the “Shares”) were sold at a price of $3.55 per Share, for aggregate gross proceeds of $40,253,450 (the “Offering”). The Offering was completed by a syndicate of underwriters led by Dundee Securities Ltd., and including GMP Securities L.P., Mackie Research Capital Corporation, PI Financial Corp. and Cormark Securities Inc.

The Company intends to apply approximately 60% of the net proceeds from the Offering towards the build out and construction of an extension to its existing facility located at 35 English Drive in Moncton (the “35 English Drive Expansion”). The Company anticipates that the 35 English Drive Expansion will add 32,000 square feet of additional grow room area and significantly increase the Company’s cannabis production capacity by between 12,000 to 14,000 kilograms of flower per year. This portion of the net proceeds of the Offering will also enable the Company to continue with its current expansion and to supplement its planned 15,000 square foot cannabis extracts and derivatives facility which is being designed to maximize utilization of plant production and cannabis oil extraction in anticipation of the expected growth in demand for cannabis oil extracts and related products. The Company intends to apply the remainder of the net proceeds of the Offering to future expansion possibilities, to working capital and to general corporate purposes.

The Shares were offered and sold by way of a short form prospectus filed in each of the provinces of Canada, excluding the province of Québec.

The Shares have not been, nor will they be, registered under the United States Securities Act of 1933, as amended (the “1933 Act”), and may not be offered or sold within the United States or to, or for the account or benefit of, U.S. persons absent U.S. registration or an applicable exemption from the U.S. registration requirements. This news release does not constitute an offer for sale of securities, nor a solicitation for offers to buy any securities. Any public offering of securities in the United States must be made by means of a prospectus containing detailed information about the company and management, as well as financial statements. “United States” and “U.S. person” are as defined in Regulation S under the 1933 Act

This news release contains forward-looking information, including but not limited to the intended use of proceeds of the Offering, which involves known and unknown risks, uncertainties and other factors that may cause actual events to differ materially from current expectation. Important factors – including the availability of funds, the results of financing efforts, crop yields – that could cause actual results to differ materially from the Company’s expectations are disclosed in the Company’s final short form prospectus dated November 29, 2016 filed in connection with the Offering, the Company’s annual information form, management’s discussion and analysis and other documents filed from time to time on SEDAR (see www.sedar.com). Readers are cautioned not to place undue reliance on these forward-looking statements, which speak only as of the date of this press release. The Company disclaims any intention or obligation, except to the extent required by law, to update or revise any forward-looking statements, whether as a result of new information, future events or otherwise. 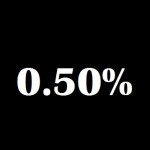