OROCO ANNOUNCES THE START OF DRILLING AT SANTO TOMAS

Vancouver, Canada, July 29, 2021 (GLOBE NEWSWIRE) — Oroco Resource Corp. (TSX-V: OCO; OTCQB: ORRCF) (“Oroco” or “the Company”) is pleased to announce that it has commenced diamond core drilling at its Santo Tomas copper project, with the first drill hole collared and in progress.  A second drill rig is scheduled to begin operating next week, and a third rig, constructed for the Company by Hydracore Drills Ltd. of Canada, is in transit to the project.  The drill hole currently in progress is located in the North Zone and represents the first drill hole collared anywhere on the property since 1993.  The initial drilling is intended to confirm the presence of historically defined polymetallic copper mineralization and to begin the development of new mineral resource models at Santo Tomas.

Commenting on the start of drilling, Oroco’s CEO, Craig Dalziel, stated “We are extremely pleased to be able to initiate a new generation of drilling at Santo Tomas at a time when the acceleration of large copper projects is essential for global economic growth and stability. We are anxious to confirm and extend the historical resources at the North and South Zones, and to commence exploration at the Brasiles Zone, where our 3D DCIP program indicated extensive and compelling chargeability features.”

The initial holes in the drill program will be collared in the North Zone and will be drilled at steep angles to the East-Southeast.  While heavy rains have impacted roads and mobilization, causing the initial drill setups to be supported by helicopter, the rapidly rising reservoir has enabled the project team to revert to waterborne support of the drilling program from the Company’s existing Buena Vista base camp.  The light and highly (man-) portable drills being deployed by the Company allow for drilling at favourable locations with no environmental impact.  Targeting for drilling is being informed by the recently completed 3D DCIP survey which has defined significant chargeability features that correlate well with mineralisation known from historical drilling and which features continue beyond the mineralization defined by that drilling.

The Company holds a net 73.2% interest in the collective 1,172.9 ha Core Concessions of the Santo Tomas Project in NW Mexico.  The Company also holds a 77.5% interest in 7,807.9 ha of mineral concessions surrounding and adjacent to the Core Concessions (for a total project area of 22,192 acres).  The Project is situated within the Santo Tomas District, which extends from Santo Tomas up to the Jinchuan Group’s Bahuerachi project, approximately 14 km to the north-east.  Santo Tomas hosts a significant copper porphyry deposit defined by prior exploration spanning the period from 1968 to 1994. During that time, the property was tested by over 100 diamond and reverse circulation drill holes, totaling approximately 30,000 meters. Based on data generated by these drill programs, a historical Prefeasibility Study was completed by Bateman Engineering Inc. in 1994. 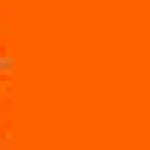